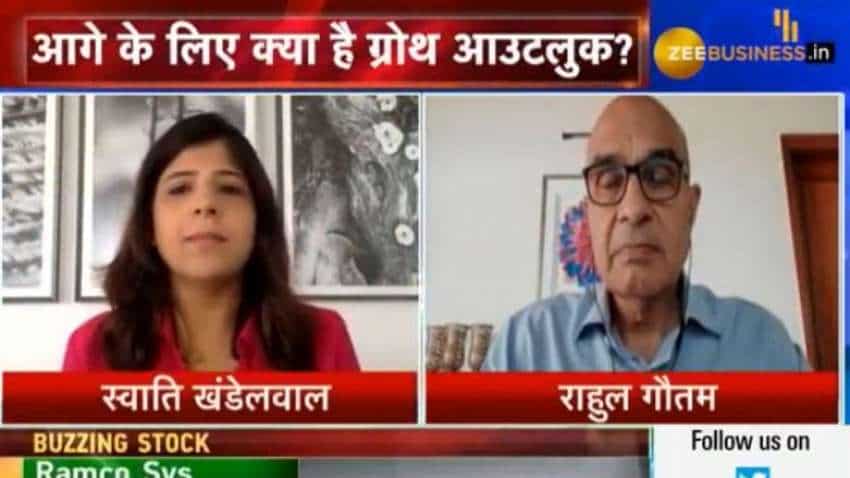 "Undoubtedly, the growth will be at the lower average selling price. The conversion is happening from unorganised to organised segment at the lower price levels and therefore the pressure will be there," Rahul Gautam says
Written By: Jitesh Kumar Jha
RELATED NEWS

World’s largest Quarantine Centre is being developed in Delhi; Sheela Foam will contribute 10,000 beds to it under its CSR activity: Rahul Gautam, MD

Q: Congratulations! The company has completed 50 years, which is a big milestone. How will you sum up these 50 years and what are the plans for the upcoming 50 years?

A: The last 50 years have been a long journey and it seems like it was just yesterday. The company was started by my mother and me, at that time I was about 18 years old. Interestingly, it doesn’t seem that these 50 years have passed but the journey has been very long. And, when it was started then it was not felt like this or anyone could have guessed at that point of time that we will imagine or reach the position at which we are at present. The era was another. But would like to say that everyone was with us and everyone, including the customers and suppliers, have helped and we have been able to reach this position. We have completed 50 years on June 18, 2021.

Q: You have been able to maintain growth momentum in the last years. Tell us what is your strategy for the next three to five years and what is your outlook for the period as the Indian Mattress Market will grow in the coming years?

A: The primary change that is happening in the conversion from unorganized to organized sector, since GST has started and is continuing to increase. The second part is related to CORONA in which few people are saying that there will be the third wave or fourth wave. But account for it or factor in, I feel that the next three years will be extremely good for the industry in general in India and it will be a good period for the mattress industry. When it comes to our growth then it will continue as it has been happening. If we have a look at the last year then the first two months were impacted by CORONA but after that, the conditions improved in India as well as outside. You are well aware that we are also present in Australia and Spain and the growth has been good in both the geographies. So, I believe that things will continue to go in the same manner.

Q: Which are the segments that are showing promising growth and what is the growth scope in the sections or areas where you are a leader? Also, tell us about the new products on which you will focus and what will be the play of India Vs the international market?

A: Undoubtedly, the growth will be at the lower average selling price. The conversion is happening from unorganised to organised segment at the lower price levels and therefore the pressure will be there. But a number of units, the size of the market increasing will continue to happen. So, this characteristic will be there that the lower price points will be there. We have a constant effort to improve the price points and provide the best products to the customers and continue with a force in a different direction. But this is a time and as the last year has passed, I think, people want a new mattress but at the same time not being able to afford it. So, the average selling price is definitely going to be lower.

As far as, India Vs other countries is concerned, I think the growth potential that is available in India is not available anywhere else. Definitely, it has happened, even in the developed countries because people have spent more time at home and the investment that they would have made on travel was available with them, therefore spending on mattresses or spending on furniture increased. But they have matured markets, stabilized at a point and as soon as there is some improvement in conditions the avenues where money is spent will open. India will continue to grow; the number of units will continue to grow.

Two areas that are important for us are the distribution side and eCommerce, which was open earlier but has accelerated due to CORONA and people have started accepting things at home. In this, we have a process in which we also try to take the product to their place and help them to choose, see in by spreading it in their bedroom. It is a facility in which they can make a choice in that environment and in presence of family members, it is called Sleepwell At Home and that is picking up, at least in five cities and that will be a new trend that will be there. Secondly, we will try to expand our distribution in the lower end markets.

Q: Current, eCommerce platform that you are using at present will be expanded. So, which kind of distribution levels you are seeing and in how many new touchpoints or cities you will be present? What kind of investments will be made for expansion? Also, tell us about the CapEx that is being lined up?

A: The existing facilities and units are running at a capacity of around 55-60%. As the consumption increases, the capacity exists with us. We are going to make a big investment in central India at Jabalpur and that is going to be our largest plant and will have newer technology. And, we are thinking of making eCommerce products from the same plant because it is located in the central part due to which ease distribution is possible from there. So, if we have a look at the value of these investments collectively then it will be around Rs 200 crore in the next two years' time.

Q: How are TDI Prices and how do you see this impacting you? Going forward, what levels are you expecting from it?

A: TDI price has come down significantly by now relative to what it used to be, once it even reached to Rs 250 a kilo and now it is down to Rs 160 a kilo. I expect that in the next two months it will decline further because this is a time, which is not quite productive for the markets globally. And production is there in India and export chances are low, therefore, we are expecting that the prices will fall further but not a lot because after that it will get below the economic level and the manufacturers will face difficulties, so, reverse cycle will start. But we always talk about TDI because in the last few years TDI prices have been fluctuating a lot but our second major chemical polyol unfortunately in the last four months has also gone through the roof, i.e. it used to be at a level of Rs 100-125 and that to of Rs 250 has also fallen and I feel that in the next two-three months the prices are going to remain at relatively lower levels and be stable with a variation of Rs 2-4.

Q: Which are the segments where demand ad volumes have increased? You have talked about Mattresses but also tell us about the demand situation in the automotive and furniture foam segment?

A: Automotive demand is directly proportional to how the auto industry is moving and it depends on them. So, you would know more than me that how the auto industry has been it is also going through Ups and downs. Again, the latest report some 3-4 days old it that it is picking up again, which is very good. As far as the furniture industry is concerned, people were holding things a bit and now as markets are opening, we are experiencing that people are reverting back in purchasing new products. At our place, works related to refurbishment or repairing of the existing furniture like a change of tapestry and foam has started and it seems since last week. It is at its peak during the festive season, mainly during Diwali. So, we can just pray to God that the third wave should not be there and the vehicle that has started moving should keep getting the momentum.

Q: What are your expectations about margins in the time to come and do you think that they will be better than the existing levels or slight fall can be seen which will be compensated through the volumes?

A: As a percentage, the margins will reduce but the total quantum - because the volumes will increase -will be maintained at its level. A slight impact will be seen due to a reduction in raw material prices. Therefore, there is a good chance that for the next two to four months the margins should be maintainable.

Q: But going forward what can be the margin level after maintaining it at these levels for few months? From the shareholders perspective, what are your projections related to the top line, bottom line and margins for the next two to three years?

A: It is a time, about which we have talked more, maybe it is CORONA, lockdown and open up. As stable positions are attained gradually, the general works or action taken by our end due to which constantly the margins are being pushed up and the average selling prices are being pushed up, better products that are being offered to the consumers and to be there in the markets where we are not present. So, I believe that with the percentage that is an indication that it should keep increasing in the next two years' time. Right now, maybe we are hovering around 14% to 14.50% but expect it to go up to 15.50% to 16%.

Q: What will be your strategy in relation to acquisition and do you have any opportunities in India or abroad where you can look forward to acquisition for quick growth?

A: It is available at both the places, and we will try that the two major segments in which we work, and they are (i) foam and its manufacturing including all the technical foams that are required by the automobiles, helmets and shoes and (ii) bedding segment and branded segment, where we reach to the consumers. There are one to two opportunities in these areas in India where our interest will be there and that is on the consumer side of the business. When we see in the foreign land, we see towards where we have strength like technical parts, foam manufacturing, raw material procurement and efficiencies and this is an opportunity. And there is a stir at both places. I can’t talk specifically about anything right now but unfortunately; these are the things that when it will mature then it happens. But we are open to them and in our plan, inorganic growth is an important part.

World’s largest Quarantine Centre is being developed in Delhi; Sheela Foam will contribute 10,000 beds to it under its CSR activity: Rahul Gautam, MD