Shares drop, ratings mixed: All is not well at Axis Bank 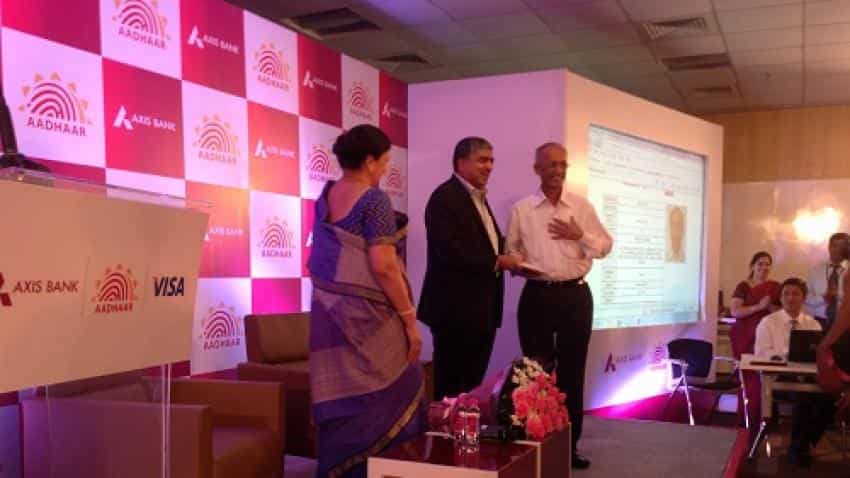 Chief Financial Office (CFO) of Axis Bank Jairam Sridharan, in a conference call with analysts post results said that the impact of demonetisation on asset quality of the bank will be visible only in coming quarters. He said that asset quality problems will peak out in financial year 2017. He further said that the bank held its credit cost guidance for FY17 at 305 basis points.

Some key highlights of the bank's results include:

Provisions at Rs 3800 crore as against Rs 713 crore in the same period of year previous to last.

The bank said that it added Rs 4212 crore of new bad loans in the quarter as against Rs 8772 crore in the second quarter.

Axis bank said that its 'watch list' of bad loans is now dominated by power sector and that most corporate lending slippages happened from this list.

ICICI Securities, in its note on January 20, 2017, said, "The mix of gross slippage surprised us negatively as a large proportion was from outside the ‘watchlist’ and the sequential reduction in the list was on account of slippages, as management indicated no other improvement at all. With outlook for the gross slippages addition, especially from the ‘watchlist’, remaining uncertain and under pressure, we revise our slippage estimate higher for FY18E."

Morgan Stanley, which is 'overweight' on the stock said that the results of Axis Bank were in-line with its industry view.

It said, "The negative in asset quality was Rs 2000 crore of slippage outside the watch list, with Rs 1000 crore driven by corporates (almost all of this pre-F2011 vintage). This will likely continue to raise doubts among investors on the sanctity of the watch list -- unlikely to go away until NPL formation slows meaningfully. The positive was that the bank continued to provide aggressively and took up coverage to 60% from 52% last quarter."

Morgan Stanley said that although the new few quarters are expected to remain choppy, it will continue to maintain its 'overweight' rating on the bank. It said, "We continue to expect the stock to be volatile in the near term,as asset-quality concerns will take time to abate,given uncertainty on non-watch-list loans. ROE should normalise from F2H18, we think,helping the stock's performance to pick up."

Motilal Oswal, in its report dated January 19, 2017 said that the bank missed its estimates signifcantly. Alpesh Mehta and Sohail Halai of Motilal Oswal wrote, "Strong trading gains of Rs 1500 crore led to a 9% beat on PPoP (+16% YoY). However, a sharp rise in provisions (+5% QoQ; annualized credit costs of ~3.6%) led to a significant PAT (Profit After Tax) miss."

The duo further said, "Slippages declined 48% QoQ to Rs 4560 crore, but still remained elevated (5.8% slippage ratio). 30% of the corporate slippages came from non-watch list accounts, as against 11% in 2QFY17."

They concluded, "We upgrade estimates for FY17-18 by 7-8% to factor in high trading gains. Elevated slippages, weak outlook and expected pressure on core income are likely to keep return ratios under pressure."

CLSA, while maintaining 'outoerform' rating on the bank, said, "We were disappointed by weak operating performance with just a 4% YoY rise in Net Interest Income as loan growth slowed to 10% and Net Interest Marginss compressed by 36bps to 3.4%; fees also declined by 4% YoY. However, part of the weakness in NII was due to a onetime reversal of Rs3 00 crore of interest income on stressed loans (SDR) upon a change in norms."

It said, "We lower earnings estimates for FY17-19 by 14-18% largely on the back of higher credit costs, although the impact on adjusted BVPS is limited due to the rise in the Non Performing Loan coverage ratio."