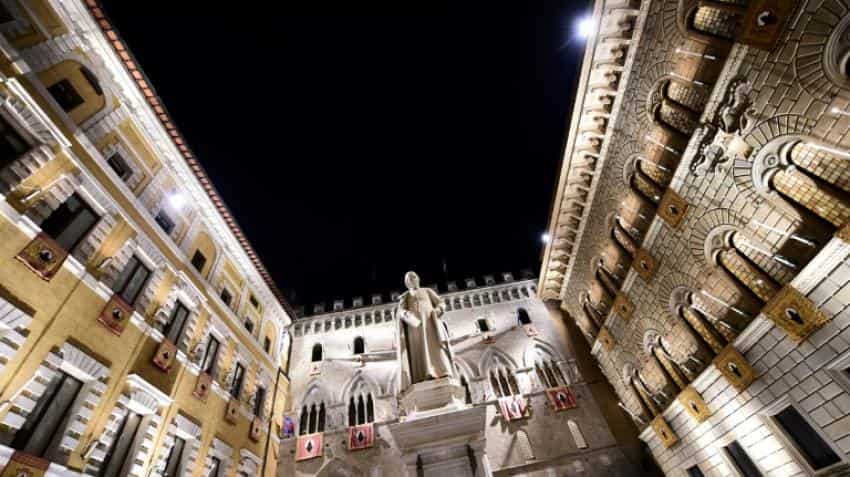 The rescue plan that will also see Italy's third-biggest lender offload tens of billions of non-performing loans was approved by the European Central Bank (ECB) on Tuesday. Image Source: AFP

The rescue plan that will also see Italy's third-biggest lender offload tens of billions of non-performing loans was approved by the European Central Bank (ECB) on Tuesday.

Fears about BMPS have led to concern about the health of the entire Italian banking sector, and severe slumps in the share prices of lenders.

Shares in BMPS have fallen by over 80% since the start of the year.

Even top Italian bank, Unicredit, has seen its share price plunge by over 60% this year.

BMPS intends to raise the up to $5.4 billion in new capital before the end of this year, but that could be complicated by the constitutional referendum next weekend, the failure of which could spark Prime Minister Matteo Renzi's resignation and early elections.

The bank`s new chief executive, Marco Morelli, said the rescue plan represents a "fundamental transformation which should allow the bank to reposition itself, with greater force and solid capital, among the leading Italian banking establishments".

The bank hopes that part of the capital can be raised by holders of its bonds converting them into shares.

Morelli also hopes to attract an anchor investor into the bank, and has recently visited the United States, Britain and France to tempt investors.

The bank hopes it can cut the level of capital it needs to raise from the market to 2 to 2.5 billion euros, as the context is not favourable as Unicredit is also expected to tap the markets in early 2017.

BMPS also plans to cut 2,600 jobs and close a quarter of its some 2,000 branches to try to turn the corner.