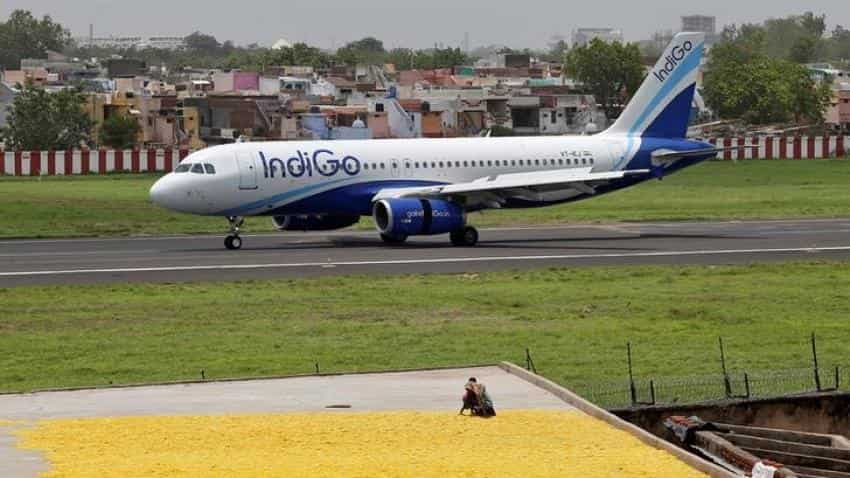 A brand new Pratt & Whitney engine-powered ATR aircraft of IndiGo's maiden flight from Toulouse to New Delhi was aborted and had to return to the French facility due to low oil pressure. Image source: Reuters
Written By: PTI
RELATED NEWS

A brand new Pratt & Whitney engine-powered ATR aircraft of IndiGo's maiden flight from Toulouse to New Delhi was aborted and had to return to the French facility due to low oil pressure. The IndiGo ATR 72-600 aircraft on its maiden flight yesterday from its Toulouse headquarters to the New Delhi hub of IndiGo had no revenue passengers onboard. Confirming the development, the airline in a statement said, "IndiGo ATR 72-600 while being ferried from Toulouse to India, with no revenue passengers onboard, returned to Toulouse for technical reasons. The aircraft will conduct checks and take actions as required as is the usual practise while delivering new airplanes."

Though the airline did not specify what the technical glitch was, sources said this problem was low oil pressure. Currently Indigo has four ATRs in the fleet beside the 152 Airbus A320 planes, including 32 A320 Neos.

Early last year, the airline had signed a term sheet for buying 50 of these 70-seater planes. It plans to take 21 of them by this December.

The airline is already facing many a headwind with its P&W engines on its Neo planes, of which 11 were grounded by the regulator earlier this week.