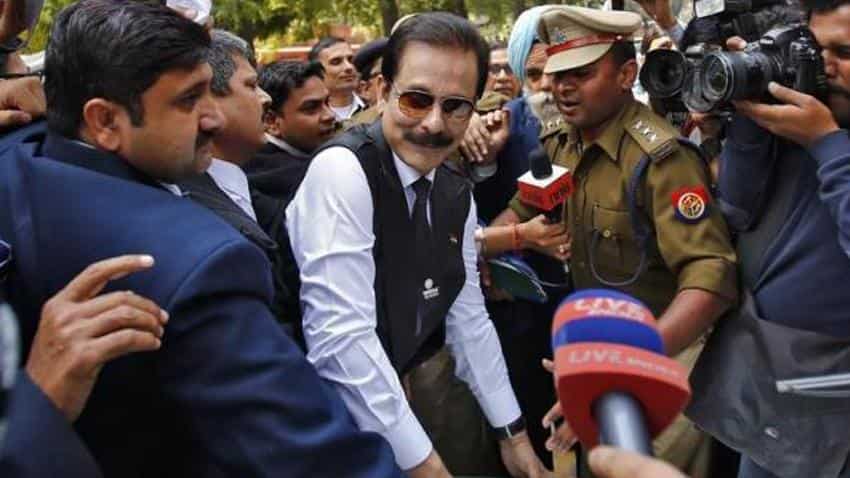 As it gears up to auction Sahara properties worth thousands of crores to recover further funds, market regulator Sebi's Sahara Refund Account has swelled to Rs 11,727 crore with interest but it has been able to refund just about Rs 55 crore so far to the investors.

In the long-running Sebi-Sahara case, the Supreme Court  (SC) in August 2012 had ordered the Lucknow-based conglomerate to deposit with the regulator over Rs 24,000 crore collected from nearly three crore investors through issuance of some bonds.

While Sahara group maintains that it had directly refunded to investors nearly 95% of the money, it has also deposited a portion of the amount with Securities and Exchange Board of India (Sebi).

As the case continues, Sebi is now preparing for auction of nearly 60 land parcels of Sahara group out of which dates have been fixed for July so far for 26 properties with a reserve price of about Rs 3,100 crore, while Sahara chief Subrata Roy is now out on parole after spending over two years in the national capital's high-profile Tihar Jail.

Roy is undertaking an 'aabhar yatra (thanksgiving tour)' across India to meet his supporters, staff and investors.

In latest update on the amount deposited by Sahara and the refunds made so far, the Securities and Exchange Board of India (Sebi) has disclosed in the fine-prints of its draft annual accounts for 2015-16 that the "amount refunded to the bondholders so far is Rs 54.43 crore (including interests)."

As per the court orders, the expenses incurred by Sebi with regard to the refund process, including safe-keeping and verification of investor documents, would need to be paid for by Saharas. Sebi has been allowed to take money towards such expenses from the interest earned on the money deposited by Sahara for investor refunds.

When contacted, Sahara maintained its stance that there has been no wrongdoings on its part though the total amount deposited with Sebi would be more than Rs 14,000 crore, including interest earned on Fixed Deposits (FDs).

Stating that refunds so far have been only Rs 50 crore and no more repayment demands might come further, the group also said that a due investor verification process would prove Sahara's stand and the money would come back to it.

Sebi's annual accounts, which would be presented before its board this week for its approval, said that Sahara had remitted Rs 5,120 crore on December 5, 2012, to the designated 'Sebi-Sahara Refund Account', pursuant to the Supreme Court orders dated August 31, 2012 and December 5, 2012.

"Further, pursuant to Sebi order dated February 13, 2013 (for attachment of bank accounts and other properties), various banks have transferred aggregate amount of Rs 22.19 crore to the designated account.

"In addition to the above, pursuant to the Supreme Court order dated June 4, 2014, an aggregate amount of Rs 4,723.86 crore has been received from various banks," Sebi said.

Sebi further said that as per the Supreme Court directions, "The said amount along with the interest earned on the said amount, that is Rs 11,036 crore, has been deposited in Fixed Deposits with nationalised banks, and the balance amount of Rs 690.73 crore is held in a saving bank account with Bank of India in the name of Sebi-Sahara Refund Account."