SBI chief  Arundhati Bhattacharya told media on Friday that the bank's capital ratios will strengthen via $2.3 billion stake sale and are adequate for at least a year and it may not have to tap equity markets. 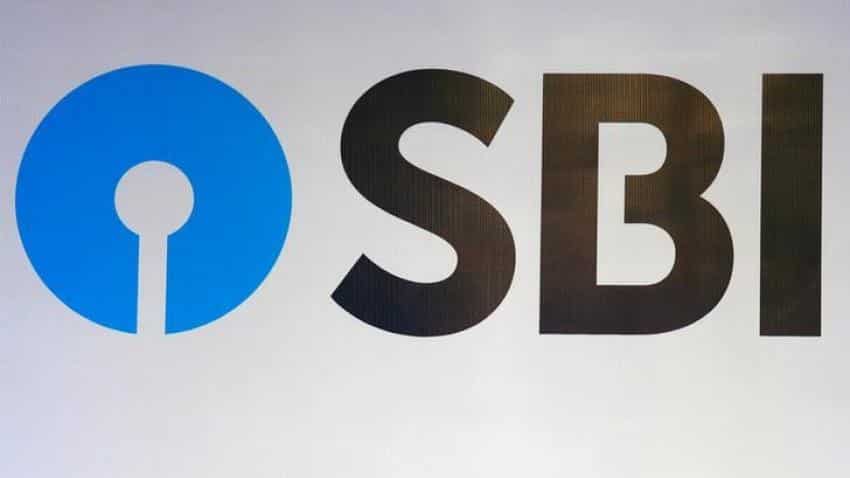 The new logo of State Bank of India (SBI) is pictured at the podium of the venue of a news conference after the announcement of SBI's fourth quarter results in Kolkata. Image Source: Reuters
Written By: Reuters
RELATED NEWS

State Bank of India (SBI) said on Friday it may not need to tap equity markets for at least another year as its capital ratios will strengthen in the wake of this week`s $2.3 billion share sale.

India's biggest lender is also due to gain additional funds this financial year from a planned share sale in its life insurance arm and also from possible stake divestments it considers non-core, the head of the bank, Arundhati Bhattacharya, told a briefing.

As such, there is no need for SBI to seek funds from the government for now, she added.

The successful sale, India`s biggest ever qualified institutional placement, will take some of the pressure off the government which owns majority stakes in more than 20 lenders. Many of them, analysts say, do not have the ability to raise external capital, making them heavily dependent on the government.

Moody`s Investors Service said on Thursday that the 11 Indian state-run banks it rates, including SBI, could need up to Rs 950 billion ($14.8 billion) in capital by March 2019, far more than the Rs 200 billion India plans to inject into state banks by then.

Bhattacharya said SBI`s key capital ratios would rise by 79 basis points after the share sale, with its capital-to-risk weighted assets ratio likely to rise to 13.64% and common equity Tier-1 climbing to 10.2%.

"As per the plan we have put in place we are quite comfortable till next year," she said.

The lender, which accounts for more than a fifth of Indian banking assets, expects loans to rise 10-12% in the current year to March 2018, and 14% in the year after.

After the share sale, the Indian government will see its ownership of SBI fall to 57.07%.

State-run Life Insurance Corporation of India, a traditional big investor in government-related share sales, bought 38% of the share issue, which priced at the top of its indicated range.