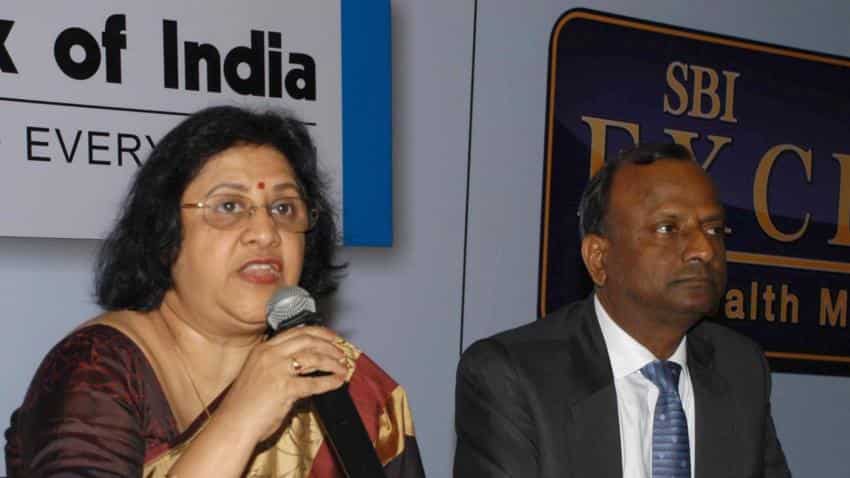 After creating history by becoming the first woman to head the nation's largest lender State Bank of India (SBI), Arundhati Bhattacharya on Saturday earned another first by landing an extension for a year.

Bhattacharya was first appointed as the head of SBI for a three-year term in October 7, 2013 and was scheduled to retire on October 6 this year. The extension will help her complete the mega merger of the five associate banks and the Bharatiya Mahila Bank (BMB) with SBI as well as help her take the non-performing asset (NPA) resolution to a logical conclusion to a large extent.

In the June quarter, SBI had reported that its bad loan pile had crossed the Rs 1-trillion-mark.

Earlier in the day, the government reappointed her for a one-year term beginning October 7. In a statement, SBI said, "The government today extended the tenure of Bhattacharya as the chairman of SBI for a period of one-year with effect from October 7 or until further orders, whichever is earlier."

The bank tweeted on Saturday as saying."SBI Chairman Arundhati Bhattacharya gets a year's extension."

The extension, which was expected, comes amid the lender's consolidation with its five associate banks and takeover of Bharatiya Mahila Bank(BMB). This move will provide continuity to the process of ongoing consolidation.

In an interview with PTI last month, she had said that the final steps of the merger process would begin from this month end and would be completed in the March quarter.

Bhattacharya had also said that if given a second term, her first priority would be to "properly complete the merger. It would be one of the biggest thing I will do."

The other two areas, where she would focus are NPA resolution and carrying on the digitisation drive.

Bhattacharya, who spends over 18 hours on the job, had said her second priority would be resolving bad loans issue.

"My second priority would be resolution of stressed assets rather than just NPA management. The outcomes on this front have to be more. We' have done a lot of talking and a lot of efforts have gone towards creating these deals but now we need to see the end results of those. So, on the resolution piece, I hope I will be able to do much more," she had said.

On digitisation, she said, "SBI has been making lots of efforts on digitisation. I hope I will be able to see early gains from it coming during the rest of my term."