SBI Card is in the process of enrolling "delinquent" customers, who did not repay after the end of moratorium, in the RBI restructuring scheme or its own repayment plan to provide them more time for repayments, a top company official said 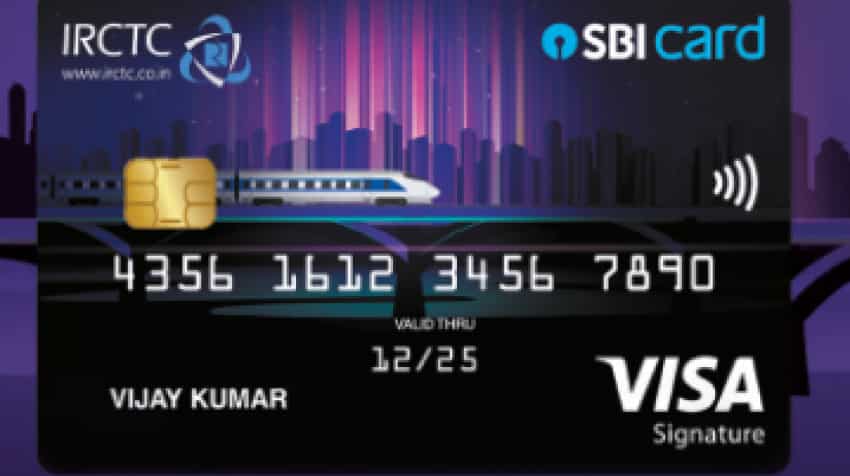 The SBI-promoted card company had posted a 14 per cent rise in net profit at Rs 393 crore in the April-June quarter. Source: Website
Written By: PTI
Edited By: ZeeBiz WebTeam
RELATED NEWS

SBI Card is in the process of enrolling "delinquent" customers, who did not repay after the end of moratorium, in the RBI restructuring scheme or its own repayment plan to provide them more time for repayments, a top company official said.

Due to the moratorium, a number of customers had not been paying for the first three months and the company treated them as standard accounts in line with the entire industry. However, since then, as the first moratorium ended, SBI Card made it a customer-led enrolment in the second moratorium in which a lot of customers did not enrol, SBI Card Managing Director & CEO Ashwini Kumar Tewari said.

"Therefore, we had a large chunk of customers who came out of the moratorium. A lot of them paid up but many of them did not pay also. And these became what we call as more delinquent customers.
"So with these delinquent customers, we are now working to enrol them either into the RBI restructuring scheme or our own repayment plans so that they get more time and better interest rate to pay their dues," Tewari, who took charge over a month ago, told PTI in an interview.

According to the company, it had Rs 7,083 crore under moratorium in May which came down to Rs 1,500 crore in June.

In March, the RBI had allowed the first three-month moratorium on payment of all term loans due between March 1, 2020 and May 31, 2020. Later on, it was extended for another three months till August 2020.
The process of restructuring is going on currently, Tewari said, adding a large number of accounts are to be enrolled and the company needs to make a 10 per cent provisioning on these accounts as per the RBI guidelines.

Besides, there are some accounts that surely have become NPA (non-performing) due to the pandemic and therefore additional provisions need to be created for that, he said.

"However, we will be very cautious, even if we get to that number (provisioning), we would still like to provide more because the future is still uncertain," he added.

Tewari said that in the second and the third quarter going forward, the company will be able to handle the situation better.

"And of course it will be reverted to normal if the vaccine is made available and if the COVID-19 comes under control. I think from towards the end of quarter three and (beginning) quarter four, we will be in a much better shape," he said further.

The SBI-promoted card company had posted a 14 per cent rise in net profit at Rs 393 crore in the April-June quarter.

There was a decline in total income during the period to Rs 2,196 crore from Rs 2,304 crore in the year-ago period.

However, due to the probable rise in NPA, collection challenges and the stress around COVID may pose challenges for the second quarter and the numbers may not be as good as the first quarter, the official said.

On being asked about the consumer trend on spends, Tewari said there was a lot of pent-up demand for groceries and essentials shopping as soon as the lockdown was lifted in June.

"As we went towards the end of June, into July as more and more lockdown was lifted and people could go out selectively, this started shifting towards utilities which means people were paying their electricity bills, insurance payments, some people were even paying school fees, lot of online course fees were also paid through cards. And this continues, even today this would be a significant portion out of the total online payments," Tewari said.

SBI Card also ran a freedom day sales campaign in August with e-retailer Amazon wherein a lot of pick-up in purchases of mobile phones, electronics etc was witnessed, which was a strong driver during the month.

"So what I have seen overall is that from essentials to groceries to utilities to electronics, things are slightly getting normalised," he added.

Also, the company's online spend by the end of June rose to 105 per cent of the purchases during January and February (put together).

Online has gone ahead of offline, and this trend is continuing, said the company official.