Sashidhar Jagdishan, the 'Strategic Change Agent' at HDFC Bank, will succeed Aditya Puri as the Chief Executive Officer and Managing Director of the country's largest private sector lender from late October. HDFC Bank on Tuesday said the appointment of Jagdishan has been approved by the Reserve Bank of India (RBI) for three years starting from October 27 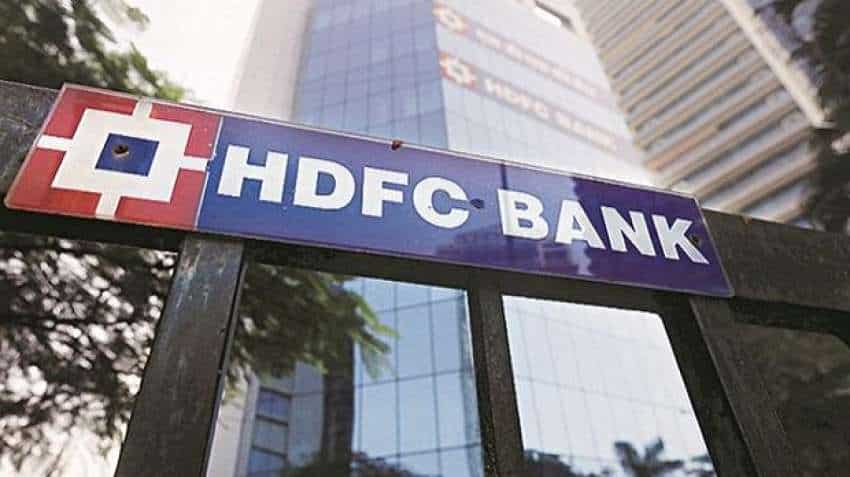 The Reserve Bank approved Jagdishan's name the first choice for the bank board in response to three names sent to it late on Monday evening. Source: PTI
Written By: PTI
Edited By: ZeeBiz WebTeam
RELATED NEWS

Sashidhar Jagdishan, the 'Strategic Change Agent' at HDFC Bank, will succeed Aditya Puri as the Chief Executive Officer and Managing Director of the country's largest private sector lender from late October.
HDFC Bank on Tuesday said the appointment of Jagdishan has been approved by the Reserve Bank of India (RBI) for three years starting from October 27.

Puri has led the bank since its founding more than 25 years ago and the appointment of the 55-year-old Jagdishan ends one of the most keenly watched successions in the Indian banking space.

Under Puri's leadership, HDFC Bank has become the most valued Indian lender by investors with a market cap of over Rs 5.71 lakh crore, majorly due to its ability to keep strong controls over dud assets and delivering healthy profit growths, even as the banking system witnessed a spurt in bad loans.

The Reserve Bank approved Jagdishan's name the first choice for the bank board in response to three names sent to it late on Monday evening, sources said.

A board meeting would be convened to ratify the appointment of Jagdishan, the bank said in a regulatory filing to the stock exchanges. Puri's term ends on October 26.

Jagdishan's journey with HDFC Bank started in 1996, after he quit his job with German lender Deutsche Bank to join as a manager in the finance department in what was then an upstart venture spearheaded by a group of professionals from foreign banks led by Puri.

The bank said Jagdishan has helped the organisation achieve strategic objectives over the years and played a critical role in supporting the growth trajectory of the bank.

At present, he is the group head for finance, human resources, legal and secretarial, administration, infrastructure, corporate communications, corporate social responsibility and the "Strategic Change Agent" for the bank.
In an interview with a TV channel, Puri said he is "absolutely delighted" and added that Jagdishan has been working "intensely" with him since being appointed as the Change Agent.

"I do believe he has the necessary skills and I am delighted that HDFC Bank is in good hands. The best is yet to come," Puri said, calling Jagdishan as a humane person who cares about people and a thorough executioner.

Under Puri, the bank's profits grew at the rate of over 30 per cent for nearly ten years before the growth got slowed down to 20 per cent in the last few years as the country's economic growth also slid.

Jagdishan will be in charge of a balance sheet that stood at Rs 15.45 lakh crore as of June this year and included over Rs 10 lakh crore in advances. The bank, which was promoted by largest pure-play mortgage lender HDFC, also has a dedicated non-bank subsidiary HDB Financial Services which may go in for listing soon.

The bank had first spoken about looking for a successor in May 2018, when it reportedly told analysts that an internal or external candidate will be announced 12 months prior to Puri's retirement on attaining the age of 70.

This was followed by the surprise resignation of the then deputy managing director Paresh Sukthankar, who was widely seen by many as the natural choice to succeed Puri as he has been with the bank since its inception.

The bank had first formed a six-member internal committee to look at the potential successor, which was reportedly unable to arrive at a consensus. This led to a global headhunting firm being tasked with the job. Earlier this year, Puri had denied having any differences with HDFC's Deepak Parekh over the issue of successor.

Head of wholesale lending Kaizad Bharucha and Citi's Sunil Garg were the two other names sent to RBI by the HDFC Bank board, according to reports.

Once he takes over, Jagdishan will have to grapple with an extremely uncertain economic environment, and also address concerns over practices at its auto lending vertical, where indulgence in bad practices led to the removal or transfer of many key executives.

HDFC Bank executives are accused of bundling a GPS device costing over Rs 18,000 each with auto loans that it made, which led to allegations over privacy and also quid-pro-quos. The bank has had a largely blemish-free record in its over quarter century existence.

Investors cheered the announcement and the HDFC Bank scrip gained 3.94 per cent to close at Rs 1,041.40 a piece on the BSE on Tuesday, and was a major contributor to the 2.03 per cent gains on the 30-share benchmark.