Samsung has told South Korean consumers to use replacement phones which it would provide on a temporary loan until a new Galaxy Note 7 equipped with fault-free batteries is available. 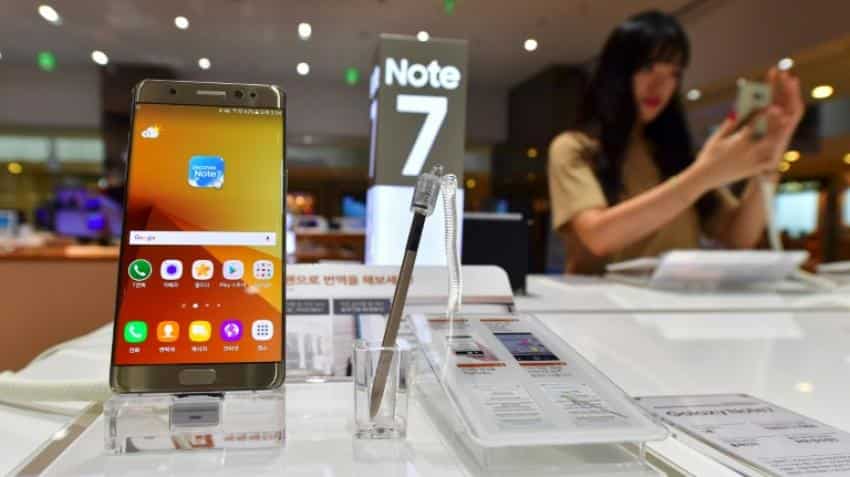 Samsung Electronics -- the world`s largest smartphone maker -- announced on September 2 a recall of its oversized "phablet" after faulty batteries caused some handsets to burst into flames during charging.

Since then, airlines and air safety agencies around the world have warned passengers against using them on flights. The US Consumer Product Safety Commission Friday urged Note 7 owners to stop using the device.

As concern grew over the battery catching fire, with more cases reported last week, Samsung on Sunday escalated its warning, telling Note 7 users around the world to immediately turn the device off.

Samsung has told South Korean consumers to use replacement phones which it would provide on a temporary loan until a new Galaxy Note 7 equipped with fault-free batteries is available.

"The whole situation over Samsung is becoming more serious and complicated as more state authorities around the world are advising nationals to stop using the Note 7," said Hwang Min-Sung, analyst at Samsung Securities.

The fallout from the recall -- which involves 2.5 million handsets sold so far in 10 countries -- may slash the firm`s profit later this year by more than one trillion won, he warned.

The recall -- the first involving Samsung`s flagship smartphone -- dealt a major blow to the firm`s reputation at a time when it faces a growing challenge in all market segments.

Samsung, increasingly squeezed by Apple`s iPhone in the high-end market and Chinese rivals in the low-end segment, launched the Note 7 earlier than expected -- ahead of the September 7 launch of the iPhone 7.