Samsung's new investment of Rs 4,915 crore will be used to expand its Noida manufacturing plant to increase the production capacity of both mobile phones and refrigerators. 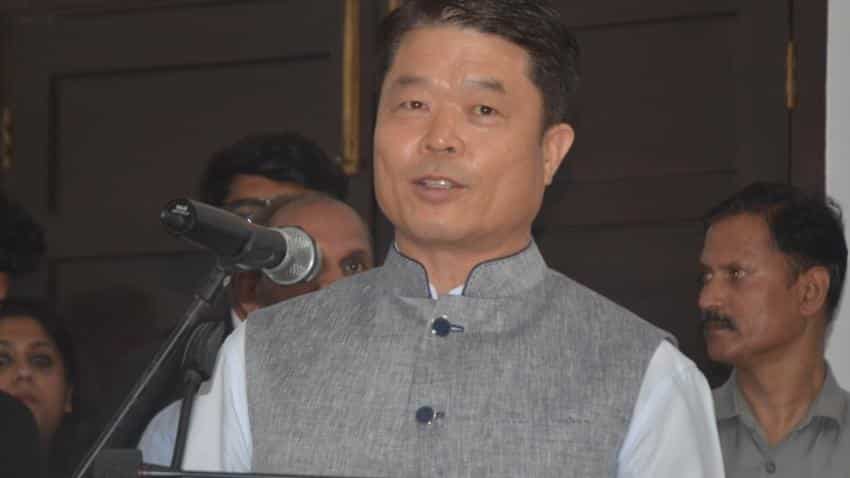 Samsung Electronics on Wednesday announced an investment of Rs 4,915 crore in India to add fresh capacity at its Noida plant, where it manufactures smartphones, refrigerators and flat panel televisions.

“The investment reaffirms Samsung’s commitment to ‘Make in India’ and ‘Make for India’ and to the state of Uttar Pradesh,” said the company in a statement.

The Noida plant is the Samsung’s first of two manufacturing units in India and was set up in 1996.

The expansion of the plant on an additional 35 acres of land adjacent to the current facility will double the production capacity of both mobile phones and refrigerators, further consolidating its leadership in the mobile phones and consumer electronics segments.

The investment proposal was recently approved by the Uttar Pradesh government under its Mega Policy.

JK Shin, CEO, Samsung Electronics and HC Hong, President and CEO, Samsung Southwest Asia were present along with other dignitaries.

“The expansion of the plant will act as a catalyst for the development of a robust electronics manufacturing ecosystem and is expected to generate thousands of new jobs, both direct and indirect, across the country. Samsung prides itself in being a key pillar of the Government’s ‘Make in India’ and ‘Digital India’ initiatives,” said the company.

HC Hong, President and CEO, Samsung Southwest Asia, said, “This new investment of Rs 4,915 crore is a testament to our continuing commitment to ‘Make in India’ and to Uttar Pradesh, which has been our partner right from the day Samsung’s journey in India began. Steadfast support from the state and local authorities in Noida has helped make our vision of ‘Make for India’ a reality. Today, on the back of the Digital India movement led by millions of young Indians, we are witnessing a rise in adoption of electronic devices, smart appliances and mobile phones. A bigger manufacturing plant will help us cater to the growing demand for Samsung products across the country.”