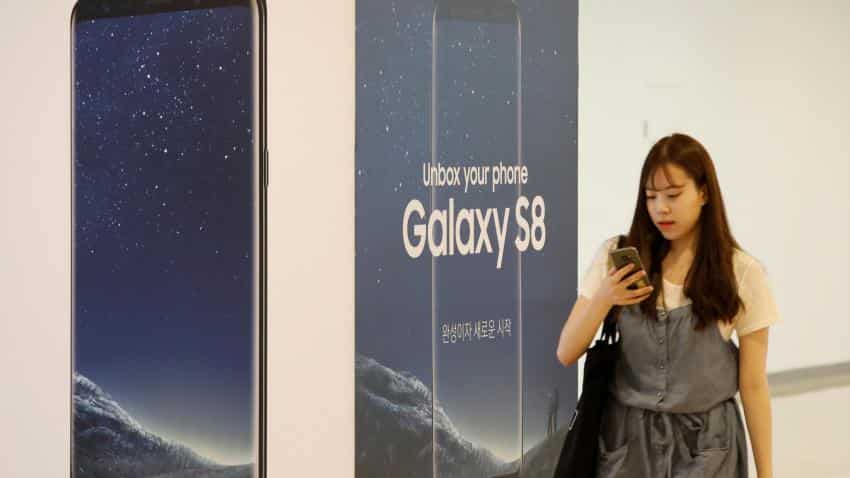 A woman walks past an advertisement promoting Samsung Electronics''s Galaxy S8 at its office building in Seoul. Pic: Reuters
Written By: Reuters

Revenue likely rose 18 % from a year earlier to 60 trillion won, versus analysts` forecast of 59 trillion won.

Samsung shares are trading at a near-record high of 2.4 million won as of Thursday, as investors look forward to record earnings in 2017 driven by growing demand for chips capable of powering ever more complex servers and smartphones.

On Tuesday, the company said it would invest $18.6 billion to extend its lead in memory chips and next-generation displays.

Samsung did not elaborate on its April-June performance and will disclose detailed results at the end of July. Even so, analysts have tipped its chip division to propel the firm to record overall profit.

The memory chips industry is widely expected to ride a prolonged super-cycle for several years on the back of consolidation and new demand from services such as cloud computing and artificial intelligence (AI), Nomura said in a report this week.

Samsung is preparing to unveil the Galaxy Note 8 handset in August, a source told Reuters. Sales prospects for the device will be closely watched after Samsung was forced to pull its predecessor from the market two months after launch last year due to fire-prone batteries.