The appreciation of Indian rupee is likely to hurt margins of Indian IT companies likes TCS, Infosys, Wipro, among others Q1 of FY18 as their services are billed in global currencies mainly in the US dollar and strengthening of the currency will lower their export earnings. 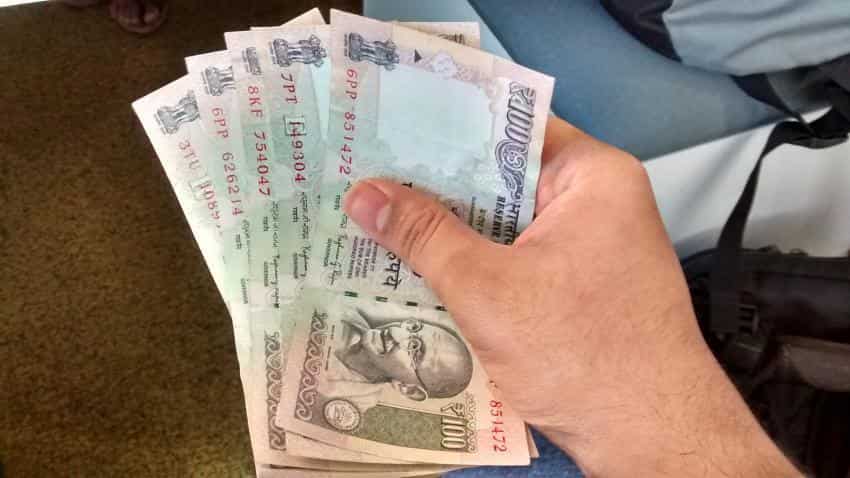 1. We should see around 80-100 bps adverse impact on margins of Indian IT companies from rupee appreciation in Q1 FY18, says Reliance Securities IT Analyst Harit Shah

2. We will have most of the impact show up in June’17 quarter itself given that Indian rupee started appreciating from mid-March month, says Emkay Global Financial Services IT Analyst

3. The Indian rupee has jumped 5.9% against the US dollar so far this year

The strengthening of Indian rupee against foreign currencies, especially the US dollar, is likely to hurt profitability of domestic IT companies during April to June quarter of the fiscal year 2017-18 (FY18) on account of lower revenues from exports, say experts.

According to Bloomberg report dated May 15, the Indian currency has jumped 5.9% against the US dollar so far this year, which will help India to bring down inflation but it's posing a challenge for the earnings of its IT companies.

Indian IT companies export major chunk of their services to foreign shores and earn as much as 60% of their revenues from the US alone.

About 90% of Indian IT companies are billed in global currencies mainly in the US dollar so a 1% appreciation in rupee typically affects their margins by 25 to 35 basis points (bps).

Other than rupee's appreciation, the US clampdown of work visas whereby pressuring the Indian IT companies to hire more American locals for onshore projects and to increase the minimum wages of employees on H-1B visas is posing another challenge to the domestic IT industry.

We managed to speak to some analysts to understand the impact of strong rupee on Indian IT companies and learned that the upward movement of the currency will hurt profitability of companies in the first quarter (Q1) of FY18.

“Rupee appreciation typically affects Indian IT companies negatively, given that a majority of their revenues (around 80-90%) are billed in global currencies, mainly the US Dollar. Thus, as a result, rupee appreciation leads to lower sales realisation per US dollar and lower earnings,” Reliance Securities IT Analyst Harit Shah told Zeebiz.com in an e-mailed interview.

“We should see around 80-100 basis points (bps) adverse impact from rupee appreciation in the first quarter (Q1) of FY18,” he said.

ALSO READ: How a stronger Indian Rupee can hamper your career in India's IT sector

Echoing similar views, Emkay Global Financial Services IT analyst told Zeebiz, “We will have most of the impact show up in June’17 quarter itself given that Indian rupee started appreciating from mid-March month. Additionally given that most of the industry players implement wage increments from Q1 onwards, this will add on the margin headwinds.”

“Every 1% appreciation in Indian rupee impacts margins by approximately 25 to 35 basis points (bps). So, FY17 realised rate was Rs 67-67.1 across companies. With Indian rupee trading at Rs 64 per US dollar currently and even if this rate were to sustain, that would imply a headwind of 120 -140 bps for FY18,” cited the analyst from Emkay Global Financial Services.

With the appreciation of Indian rupee, domestic IT companies are likely to get impacted in varying degrees in the April to June quarter of FY18, according to experts.

“Almost all companies will get impacted by currency appreciation. As mentioned earlier, every 1% change in US dollar against Indian rupee impacts margins by approximately 25 to 35 basis points across companies. The extent of impact will vary depending on factors like delivery mix, etc.,” cited the analyst from Emkay Global Financial Services.

Moreover,  the strengthening of rupee will lead to IT companies reducing their wage increments or deferring them in order to control costs.

“Companies would look to control costs elsewhere as currency appreciation is a factor that is difficult to control as such barring the use of hedges for near-term. This is already translating into lower than usual wage increments  (albeit also resulting from modest revenue growth prospects) and companies deciding to defer annual wage increment cycle a bit,” Emkay Global Financial Services analyst told Zeebiz.

Tech Mahindra usually does wage increments in Q1 of calendar year (CY), but will do it from July 1 onwards this year. Similarly, Infosys has also deferred wage increments to July from usual practice of implementing from April 1 onwards, he further said.

“Pricing could be under pressure, contracts could be renegotiated,” cited Shah.