Adani group firm Adani Wilmar, which sells cooking oil under Fortune brand, and Baba Ramdev-led Patanjali have been engaged in a long-drawn battle to take over Ruchi Soya. 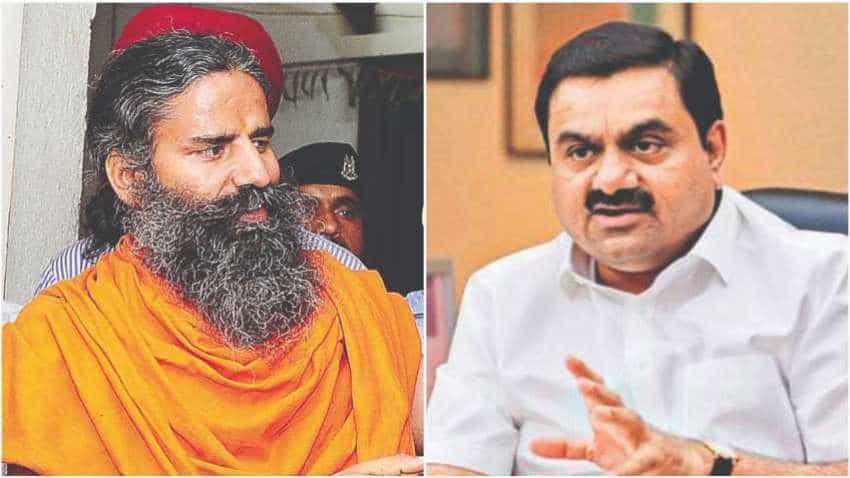 After sale of these shares, the promoters' stake in the company has come down to 38.88 per cent from 42.06 per cent, the filing said.

Ruchi Soya, which is facing insolvency proceedings, has a total debt of about Rs 12,000 crore. The company has many manufacturing plants and its leading brands include Nutrela, Mahakosh, Sunrich, Ruchi Star and Ruchi Gold.

In December 2017, Ruchi Soya Industries entered into the corporate insolvency resolution process (CIRP) and Shailendra Ajmera was appointed as the resolution professional (RP).

The appointment was made by the National Company Law Tribunal (NCLT) on the application of the creditors Standard Chartered Bank and DBS Bank, under the Insolvency and Bankruptcy Code.

Adani group firm Adani Wilmar, which sells cooking oil under Fortune brand, and Baba Ramdev-led Patanjali have been engaged in a long-drawn battle to take over Ruchi Soya.

Adani Wilmar's bid was approved by the committee of creditors (CoC) with about 96 per cent votes in favour. The RP will now seek approval from the NCLT.

Following this, Patanjali Ayurved had sought certain clarifications from the RP of Ruchi Soya, including eligibility of Adani Group to participate in the bidding process.

It also sought to know the parameters adopted by the RP to declare Adani Wilmar as the highest bidder.

The Haridwar-based firm had also questioned the appointment of Cyril Amarchand Mangaldas as the RP's legal advisor as the said law firm was already advising Adani Group.

Patanjali was asked to submit a revised bid by June 16 to match or better the highest offer of Rs 6,000 crore by Adani Wilmar under the Swiss Challenge system adopted by the RP and the committee of creditors.

However, Patanjali wrote to the RP seeking clarifications instead of submitting a fresh bid.

Adani Wilmar was selected by the CoC after two-rounds of bidding.

Patanjali has now challenged the decision of the CoC in the NCLT, Mumbai.