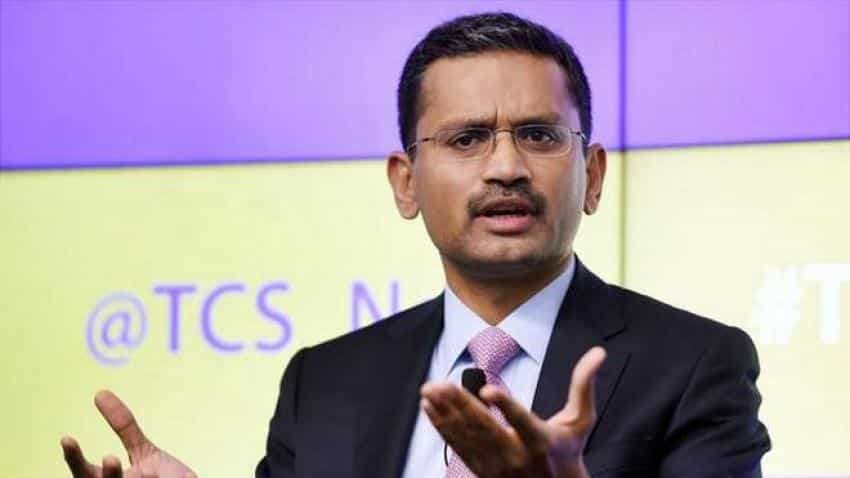 Philanthropists Warren Buffet once rightly said, “The stock market is designed to transfer money from the Active to the Patient.” This quote surely comes as a lesson for investors of IT-giant Tata Consultancy Services (TCS) as patience is key on investing in equity shares and the company has managed to surprise not only their investors but also analysts. This company on stock exchanges continued to make history and this it has gone big.

At first TCS clocks over $100 billion market cap on April 23, 2018, and enters in the elite club of  top 10 highest valued companies in the world and also the first Indian company to see such prestigious list after a decade. The performance of TCS was special moment as the last Indian name which was written in the list was billionaire Mukesh Ambani’s Reliance Industries in 2008.

Since then, TCS has been trading at an expensive valuation compared to it’s peers like Infosys, HCL Tech and Tech Mahindra.

Now one would think that’s it, all cards are played and TCS has reached it’s peak level. That’s when we are wrong, because this company is not finished in bringing good days to it’s investors. 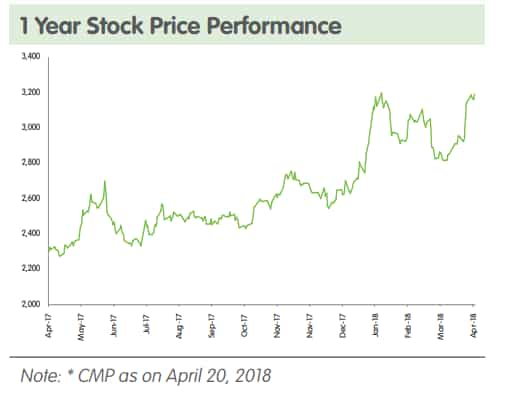 What’s interesting is this, TCS has even surpassed analysts estimate in just 1 months time in terms of market price.

When TCS announced it’s Q4FY18 result, analysts at Arihant Capital said, “By a good solid performance in the quarter and very positive commentary from the management, we believe growth will accelerate in the coming years and have valued TCS at PE of 22x of our FY20E EPS of Rs 168 and arrived at Target Price of Rs 3696. We have an Accumulate rating on the stock.”

Another analysts that projects over Rs 3,600 per piece mark for TCS were from Reliance Securities.

Harit Shah, Research Analysts from Reliance Securities said, “We upgrade our target PE multiple to 22x to factor in improving growth profile, and upgrade the stock to BUY from HOLD with a revised Target Price of Rs3,620 (from Rs2,950 earlier).”

According to Shah, TCS’ business outlook is clearly better in FY19E compared to FY18. The IT major’s broad-based growth and visibility across several verticals drives underlying confidence on business growth over FY18-FY20E. With Digital starting to contribute substantially, healthy growth in this segment will also move the needle more meaningfully.

He added, “Among negatives, we await better revenue traction in BFSI. Nonetheless, we are enthused with the IT major’s positive growth outlook and stable margin expectations. “

From the above one thing is clear, TCS can definitely surpass any estimate. What really spurred the stock price of the company on Friday, can be attributed to pay package announcement of Chief Executive Officer (CEO) Rajesh Gopinathan who earned over Rs 12 crore in FY18, nearly double of what he earned in FY17.

The stupendous salary hike came after Gopinathan was elevated to the top job at TCS. He previously served as the Chief Financial Officer at TCS.

For now, TCS has given over 58% return in one year, even outrunning benchmark indices. Not even midcap or 200 stocks of BSE and Nifty have managed to give such returns.

Not even rivals of TCS has managed to achieve the promising performance. Infosys, HCL Tech and Tech Mahindra together account market cap of Rs 4,64,748.66 crore as on May 25.

TCS was founded in 1968 by Tata Sons, in 2015 the company ends RIL’s 23-year run as most profitable firm. Now the company alone generates 70% dividends to it’s parent company.