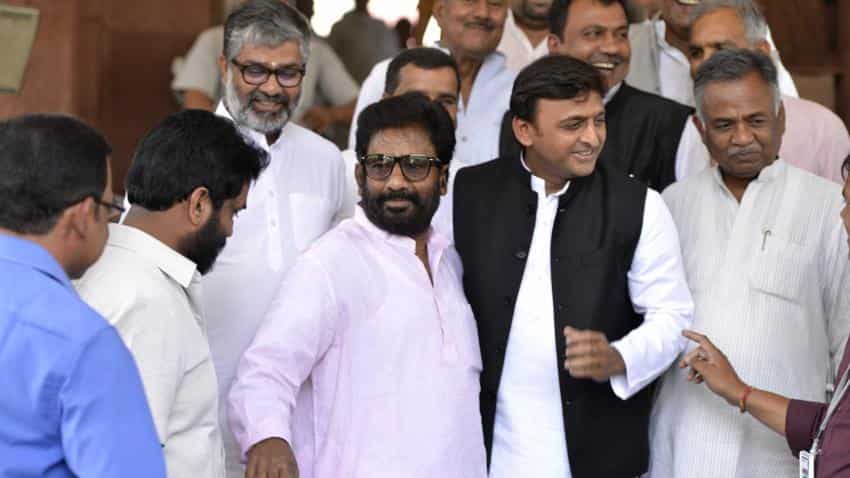 On account of unruly passengers that fly Air India, the national carrier has decided to impose a fine of up to Rs 15 lakh on any passengers who delays a flight beyond two hours.

The airline said that fine between Rs 5 to Rs 15 lakh will be imposed on such passengers.

This came in after the airline banned Shiv Sena leader Ravindra Gaikwad from flying after he abused an Air India employee. A few airlines too followed suit and denied him tickets on their flights.

The issue came to a close after Gaikwad apologised to the Minister of Civil Aviation earlier this month.

However Air India itself doesn't have a good track record to speak of when it comes to punctuality and flight cancellations.

To begin with, Ministry of Civil Aviation, in an answer to the Lok Sabha in May 2016 said that out of the 109 pilots that showed up drunk at work since 2013, 19 belonged to Air India.

Moreover, due to flights delayed beyond a couple hours alone, Air India directly and indirectly impacted 4.40 lakh passengers in one year alone.

Compensations paid to customers on this account stood at Rs 6.49 crore for the year. This amounted to Rs 147 compensation paid per inconvenienced passenger.

Air India denied boarding to 2,750 passengers in the past year (March 2016-February 2017) and shelled out Rs 1.32 crore for it in terms of compensation payed for refund, rebooking flights, hotel stay for passengers.

The airline that had the worst on-time performance (OTP) at all airports in India with 66.2% flights being on time had a cancellation rate of 0.45%.

Complaints against the national carrier were the highest as in February alone the airline received 306 complaints that amounted to 2.6 complaints per 10,000 passengers on account of customer service, baggage handling complaints, flight problems, refunds, fare, catering and staff problems.

Although the company said that it has redressed 215 of those complaints.

Due to flight cancellations, Air India paid a total of 42,031 passengers a collective sum of Rs 1.94 crore only.

Now, the airline wants to fine passengers who delay flights by an hour up to Rs 5 lakh and up to two hours Rs 15 lakh.

Three cases of unruly flyers were recorded by the airline in the past year with the latest case being that of a Shiv Sena MP who struck an AI official on account of not being provided a first class seat.

Along with the national carrier other airlines too have started mulling ways to stop unruly flyers from coming aboard including the introduction of a ‘no-fly’ list.

Air India also plans to provide more autonomy to its managers at airports under a stricter framework being prepared to deal with unruly fliers, media reports quoted the company official.

"The draft guidelines also have a provision for seeking financial compensation from any such passenger for the loss of revenue if the flight is held up due to such incidents," the official added.