Royal Enfield looks to become a top player in the mid-size motorcycle segment globally as it looks to boost its growth. 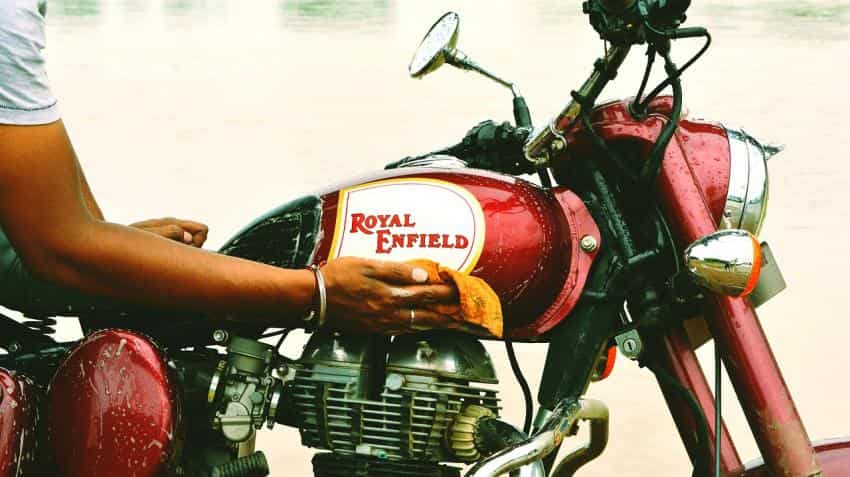 Royal Enfield has posted strong domestic growth in sales month after month. In the month of July it posted a strong double-digit growth of 20.75% as it sold 64,459 units during the month, in comparison to 53,378 units in July 2016.

Royal Enfield has been a dominant player in the over 250cc category in India with a market share of 95%.

In a market with 87% volumes coming from sub- 150cc bikes, Royal Enfield’s sales with over 350cc bikes have increased at a CAGR of 36% over a decade, remaining unaffected by slow growth in the motorcycle segment or by macro-shocks, according to a JM Financial report.

While Royal Enfield's domestic focus will continue unabated, its next growth boost will come from exports, said the report. The company now looks to focus on exports in order to drive its growth.

Currently exports of Royal Enfield low and sees a low growth. In July itself it saw a 4% growth in exports as it sold 1,302 units as compared to 1,250 units in the corresponding month last year.

The company has zeroed in on two major two-wheeler clusters: Latin America and Southeast Asia, with key markets including Brazil, Mexico, Indonesia, Vietnam and Thailand to boost export sales, said the report.

“These markets are similar to the Indian market with respect to demographics and high share of commuter motorcycles. With combined annual sales of 15 million two-wheelers, they are even similar to the Indian two-wheeler market size, providing significant headroom for growth in the mid-size motorcycle segment and boosting Royal Enfield’s exports,” said analysts Vivek Kumar and Shyam Sundar Sriram.

The report also said that the company has been meticulously working to establish its brand in these markets and expand its retail outlets.

“We expect Royal Enfield exports to post 45,000 and 60,000 unit sales in FY19 and FY20, respectively, led by the expansion of its product portfolio and overseas retail outlets,” said the analysts.