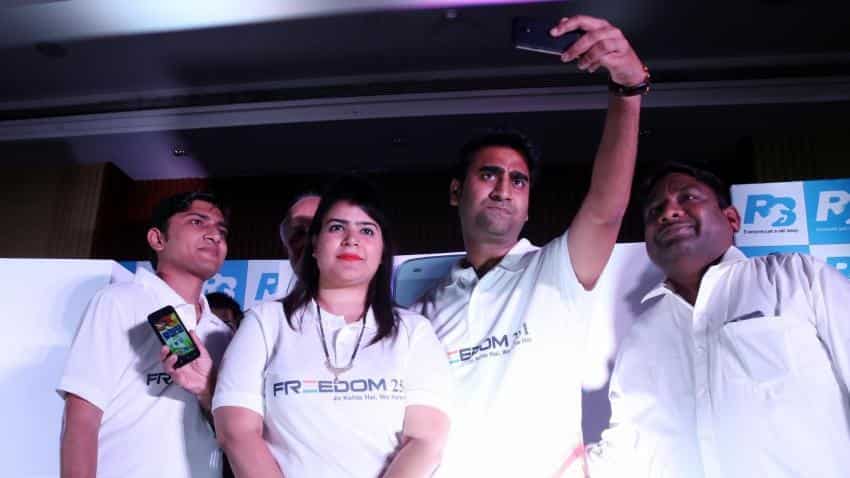 On December 29, Goel had step down from his Managing Director post. Photo: IANS
Written By: ZeeBiz WebTeam
RELATED NEWS

Ringing Bells Director Mohit Goel was detained on Thursday in Delhi on allegations of fraud, a report said.

As per the report, Ghaziabad Deputy SP Manish Mishra said Goel has been detained for interrogation in the matter.

Quoting the owner of Ayam Eneterprises in FIR, the report said, "We paid Rs 30 lakh to Ringing Bells through RTGS on different occasions. But it delivered us product worth Rs 13 lakh only. Upon follow-up, we could get products plus money totaling Rs 14 lakh."

The owners also claimed that they were given threat to life on asking for the rest of Rs 16 lakh by the company.

On December 29, the makers of the world's cheapest smartphone, Goel had step down from his Managing Director post. Along with him, his wife Dhaarna also reported to have quit Ringing Bells.

The company is now in the hands of Anmol, Mohit's brother and he will take care of the company's liabilities.

There was no other information give as to the reason why Mohit and Dhaarna quit the company.

When the company has announced the launch of the Freedom 251, over seven crore people registered for it and 30,000 people made advance payments too. With several orders and no manufacturing facility set up, the company said that it had refunded the advance and announced that it would make it to cash-on-delivery.

It claims to have sold 70,000 phones which were imported from Taiwan through the COD model via online platforms.