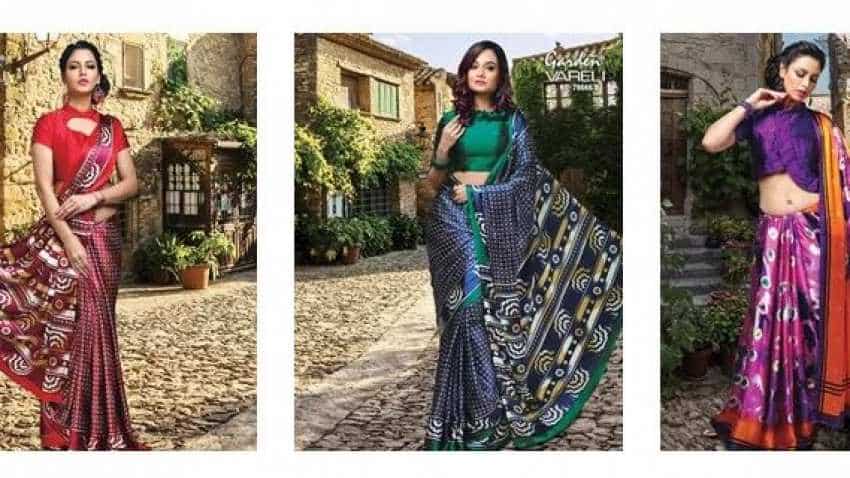 Garden Silk Mills was the producer of iconic saree brand Garden Varelli and currently is in acute financial crisis.

Garden Silk Mills was the producer of iconic saree brand Garden Varelli and currently is in acute financial crisis. The brand used to dominate the fashion scene in the country, with sarees being promoted by country`s top actors. Scrip price of Garden Silk Mills Ltd jumped 10.36 per cent on Monday to closed at Rs 19.70 per share on the likely buyout. The stock has been gaining for the last 3 days and has risen 29.61 per cent in the period over a possible deal to revive the financially struggling textile major.

The company reported a Rs 54-crore loss in the quarter ended December 2018 which is more than the value of the shares held by the promoter. The largest shareholder of Garden Silk Mills is Introscope Properties Holding Pvt Ltd. Sources privy to the development told IANS that the deal is in the initial stages and may come through sooner than later. However, an RIL spokesman declined to comment on the matter, calling it "market speculation".

Purnendu Chatterjee, CEO, TCG also declined any comment on the deal which could be worth close to Rs 50 crore, at the current price on the Bombay Stock Exchange (BSE). However, analysts said that with the brand value, Garden Varelli -- which once enjoyed the iconic status -- deal could happen at a premium.

Earlier on February 16, the company had informed the exchange regarding initiation of recovery of dues by the State Bank of India before the Debt Recovery Tribunal (DRT), Ahmedabad, under Debts Due to Banks and Financial Institutions Act, 1993.

The Mumbai-based Garden Varelli Mills was founded in 1979. Its manufacturing facilities are situated in Vareli and Jolwa in Surat district of Gujarat. It designs, manufactures and sells textile prints, fabrics and textile intermediates for consumers and businesses.