Around 270 hoteliers in Ahmedabad have stopped accepting bookings from MakeMyTrip and Goibibo travel portals, alleging heavy commission and indiscriminate discounts offered by them. 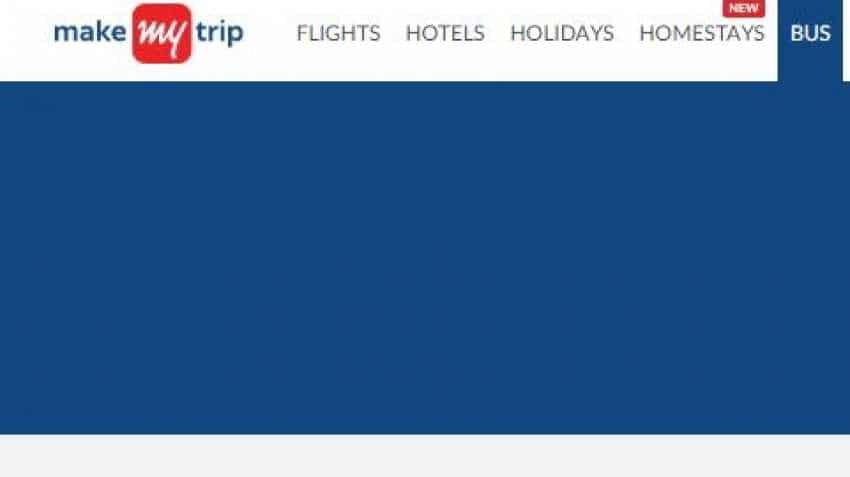 Around 270 hoteliers in Ahmedabad have stopped accepting bookings from MakeMyTrip and Goibibo travel portals, alleging heavy commission and indiscriminate discounts offered by them. Source: website
Written By: PTI
RELATED NEWS

The Federation of Hotel and Restaurant Associations of India (FHRAI) Wednesday asked online travel firm MakeMyTrip to redress the grievances faced by its partner hotels regarding commissions and pricing. Around 270 hoteliers in Ahmedabad have stopped accepting bookings from MakeMyTrip and Goibibo travel portals, alleging heavy commission and indiscriminate discounts offered by them.

Raising a number of issues in a letter to MakeMyTrip Chairman and Group CEO Deep Kalra, FHRAI said it desires to amicably resolve the issues but could opt for a nationwide protest against the organisation if they remain unresolved.

One of the key issues mentioned is that online travel agencies (OTAs) are further discounting over and above the listed prices offered by the hotels without their consent, thereby causing loss of image to individual hotels and distortion of the market scenario.

"It is also well known that the use of disparity clause (in rates) is one sided i.E. Hotels cannot discount their own rates but your organisation is clearly breaching the same clause for market cannibalisation," the letter said.

Another issue flagged was the commissions charged by OTAs, reportedly in the range of 20-40 per cent, which adversely affect the revenues, business and livelihood of hotel owners, the letter said. "Such rates of commissions duly supported by enormous discounting from your end, has rendered hotels helplessly facing an atmosphere of unfair competition," it added.

FHRAI also said "that more than 40 per cent of the room inventory available on your platforms are illegally operated without valid licenses from local/state authorities." Such indiscriminate hosting encourages illegal activities, non compliance of statutory rules and regulations and compromises guest safety, it said.

"Under the circumstances, the Federation feels it is necessary to call for an active engagement and dialogue between your organisation and hotel industry, in order to resolve the above mentioned issues..."

"We wish to further express our desire to explore possibilities of amicably resolving the issues mentioned before calling a nationwide protest against your organisation," the letter by FHRAI Vice President G S Kohli said.

Commenting on the letter, a spokesperson of MakeMyTrip said: "We are actively engaged with our partner hotels and are in dialogue with FHRAI as well. We are confident that we will be able to resolve any concern amicably."