Renewable energy space to see consolidation, some players may log out

Suzlon chief Tulsi Tanti, at the World Economic Forum Annual Meeting, said the sector is witnessing a good growth and the shift to a new bidding regime for projects has helped improve efficiency in a big way 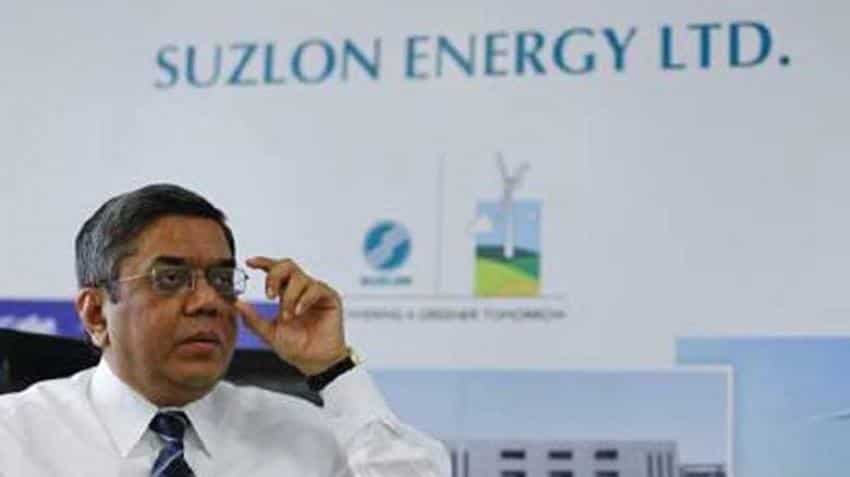 Nidhi said there are some states which are great in terms of ease of doing business, but in some cases it becomes difficult. Image source: Reuters
Written By: PTI
RELATED NEWS

As the renewable energy sector continues to see a big influx of new players, Nidhi Tanti of Suzlon Energy feels there would be a significant consolidation soon even as she advocated for better coordination between the central and state government departments on policies and regulations for this business.

Nidhi, who was here along with her father and Suzlon chief Tulsi Tanti to participate in the World Economic Forum Annual Meeting from January 22-26, said the sector is witnessing a good growth and the shift to a new bidding regime for projects has helped improve the things in a big way.

Nidhi is currently Vice President and Head of Business Review Committee and New Business at Suzlon and is actively involved in the day-to-day operations of the company founded by her father in 1995.

In an interview here, Nidhi told PTI that the renewable space is seeing a lot many good things and the government's focus has helped improve doing business in a big way and the only difficulties that come in are at the state levels.

"While the Centre issues the policy, the state governments still have a say. What is needed a close collaborative environment between the central and state government departments. Once there is a new policy regulation, there should be a definitive message that it will be the same in states," she said.

Nidhi said there are some states which are great in terms of ease of doing business, but in some cases it becomes difficult.

"They have their own challenges and I am not discounting that, but rather than industry coaxing them, there should be a collaborative discussion within the government bodies about the execution and meeting the targets. There are land approvals, project execution approvals and all these delays make it difficult to meet the targets which we commit at the time of bidding and for that there are penalties which could be pretty high," she said.

On a big influx of players in the renewable space, she said this sector has been needing a ground and finally it is happening.

"We were here ten years ago and it used to take hours to educate people about turbines before making a sales pitch. Now with the growth in the market and the right push by the government, it is getting its rightful ground. Yes, many companies are coming in and each one of them will have their own reasons.

"There are a lot of smaller players coming in solar space, but what matters is getting the technology right and that will determine the cost targets.

"If I am meeting the cost controls and I don't have the right technologies, there is no way you will qualify for the bidding. While there are indeed many players coming in, the survival would be in question. We will see consolidation sooner or later. Whenever there is growth in a market, everybody wants a pie and they get in, but sustainability is key and not everyone may have the right model. Things not necessarily work for everyone and many of them would eventually sell out," Nidhi said.