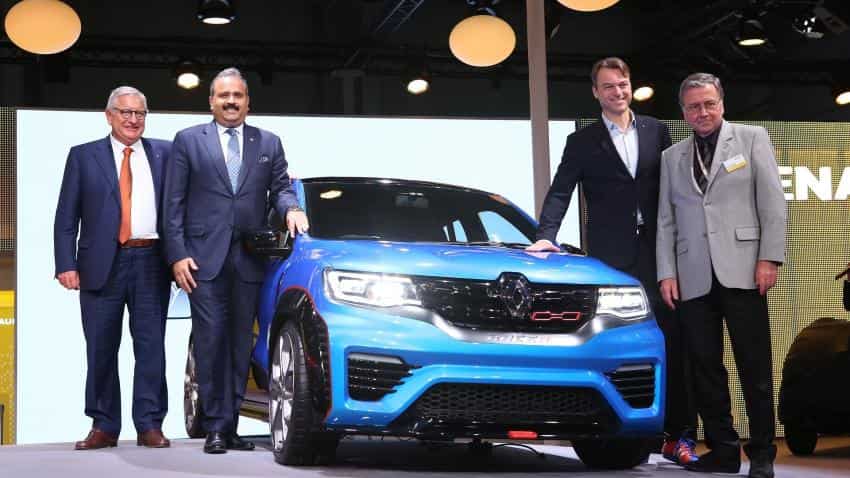 Company representatives at the launch of the Renault Kwid. Photo: IANS
Written By: PTI
RELATED NEWS

Renault India is conducting a pre-emptive and voluntary inspection of select 0.8 L variants (800cc) of Kwid that were produced up to May 18, 2016 from October 2015.

"As a proactive measure, a fuel hose clip will be added to these select cars along with the evaluation of overall functionality of the fuel system to mitigate any potential disruption of fuel supply," the company said in a statement.

It further said the affected cars will be inspected without any cost to the customers and carry out necessary measures, if required.

"We are in the process of contacting customers, requesting them to come to dealerships to get their cars inspected," it added.

While the company did not elaborate further, sources said only 10% of the recalled cars were likely to have been impacted by the issue.

Launched in September last year, Kwid has been a success for Renault in India. Initially, the car was available with an 800 cc engine at a price between Rs 2.64-3.73 lakh and recently in August, a 1,000 cc engine variant was launched priced up to Rs 3.95 lakh (ex-showroom Delhi).

So far in the April-September period this fiscal, the company has sold 56,028 units of Kwid.