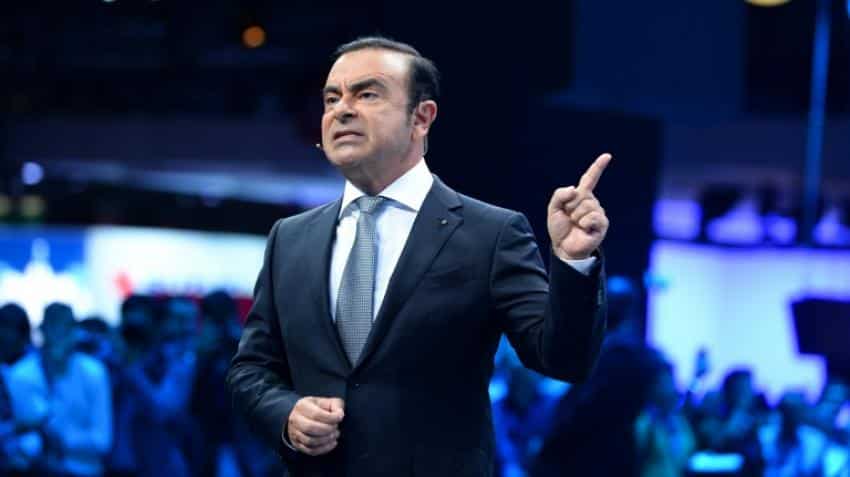 The reported appointment would make Ghosn the head of three major automakers, including France`s Renault which holds a major stake in Nissan.

Nissan threw Mitsubishi a lifeline in May when it announced plans to buy a one-third stake in the crisis-hit automaker for about $2.2 billion, as the smaller rival wrestled with a mileage-cheating scandal that hammered sales.

Investors cheered news that Ghosn -- widely credited with turning around a nearly bankrupt Nissan and overhauling Renault -- would take the helm.

After markets closed, Mitsubishi warned it was on track to lose 240 billion yen in the fiscal year to March, ballooning from an earlier net loss forecast of 145 billion yen as the scandal eats into its bottom line.

The company has admitted it had been falsifying mileage tests for years, manipulating data to make cars seem more efficient than they were.

Mitsubishi has asked its current chairman and president Osamu Masuko to stay on as president, the Nikkei said, citing unnamed sources.

Ghosn will be officially appointed after a board meeting later this year, it said.

Two of the affected vehicle models were being made for Nissan, which was the first to uncover problems with the fuel economy data.

Mitsubishi is on the hook to pay more than $1.0 billion to Nissan and other suppliers as well as compensate customers who bought the affected cars.

Nicknamed Le Cost Killer, Ghosn is known for overhauling Renault and Nissan starting in the nineties.

Ghosn is being given the senior job so he can oversee Mitsubishi`s turnaround, the Nikkei said.

"It`s easier for him to do things he did at Nissan, such as combining platforms, cutting costs and even closing plants,” said Koji Endo, a Tokyo-based auto analyst at SBI Securities.

"In order to implement such massive restructuring, you need someone as powerful as Ghosn to get things going."

But Hans-Peter Wodniok, a Frankfurt-based analyst with AlphaValue, was less convinced.

"I think (Ghosn) has enough work to be done at both Renault and Nissan," he said.

"He should also spend all his time in these two companies rather than taking on another job in Japan."

- Bloomberg News contributed to this report --