Exactly a decade after it started production, the MA oil and gas field in the Krishna Godavari basin block KG-D6 will seize to produce from September, said Reliance Industries which has battled quicker than anticipated decline in output at a block that once was its pride 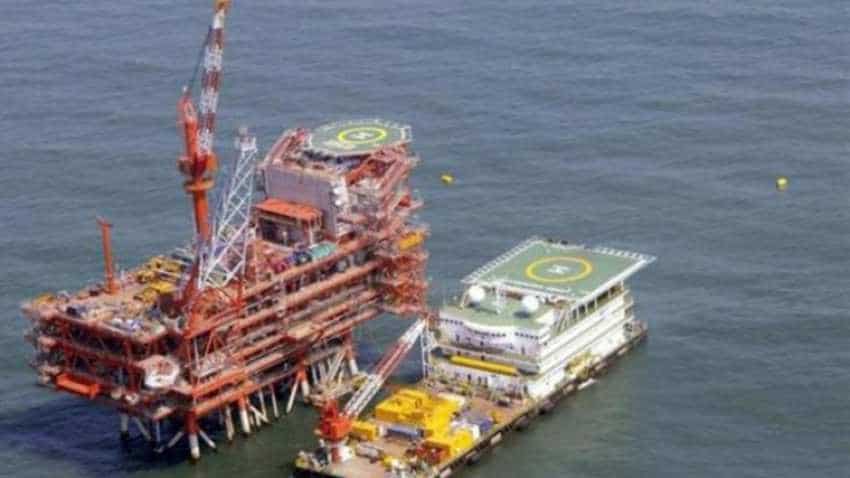 Reliance had till date made 19 oil and gas discoveries in the Krishna Godavari basin. Image source: Reuters
Written By: PTI
RELATED NEWS

Exactly a decade after it started production, the MA oil and gas field in the Krishna Godavari basin block KG-D6 will seize to produce from September, said Reliance Industries which has battled quicker than anticipated decline in output at a block that once was its pride. Reliance had till date made 19 oil and gas discoveries in the Krishna Godavari basin. Of these, D26 or MA -- the only oil discovery in the block -- was the first field to began production in September 2008. Dhirubhai-1 and 3 (D1 and D3) fields went onstream in April 2009.

"MA field cessation expected by September 2018," the company said in an investor presentation post announcing first-quarter earnings. The field had in the first month produced 39,976 tonnes of crude oil and peaked to 1,08,418 tonnes in May 2010, according to data available from the upstream regulator, the Directorate General of Hydrocarbons (DGH). Output has been declining since then it produced 0.14 million barrels (1960 tonnes) in April-June quarter, Reliance said in the presentation.

MA also started producing gas from April 2009, just when D1 & D6 went live. It peaked to 8.4 million standard cubic meter per day in August 2010 before sand and water ingress forced shutting down of well after well. D1 & D3 field too had a peak that year in March when it touched an output of 61.4 mmscmd. Output thereafter has only declined. Reliance said KG-D6 output in April-June averaged at 4.7 mmscmd. This was made up of production from both D1 & D3 and MA fields.

In April the company had stated that "adhering to Site Restoration Guidelines issued by Government of India, RIL submitted Bank Guarantee for Decommissioning activity for existing producing fields". While the company had not provided any timelines for decommissioning and stopping of production at the fields then, it has now said MA field would shut in September. The shutdown coincides with the expiry of the current lease of a floating production storage and offloading (FPSO) unit, which processes output from the field.

Reliance is the operator of KG-D6 block with 60 per cent interest, while BP plc of UK holds 30 per cent stake. Niko Resources of Canada has the remaining 10 per cent. The government's Site Restoration Guidelines provide for a one year notice for decommissioning of facilities. Reliance had in the field development plan for D1 and D3 proposed a capital expenditure of USD 8.836 billion. For developing Dhirubhai-26 or MA oilfield, it had in 2006 proposed to invest USD 2.234 billion, which was scaled down to USD 1.96 billion in 2012.

The fields were in the investment plans supposed to last a minimum 15 years but have extinguished in exactly a decades time. RIL in the presentation said it is now developing three sets of discoveries -- R-Cluster, Satellite Cluster and MJ fields in the KG-D6 block at a cost of Rs 40,000 crore. These fields together would bring 30-35 mmscmd of peak output. Initial gas will start flowing from 2020.