Reliance`s consumer business should see earnings growth of 18 percent over the next two years, Morgan Stanley said in a report. The strong earnings growth and outlook for the consumer arm drove shares in Reliance up as much as 4.9 percent on Friday. 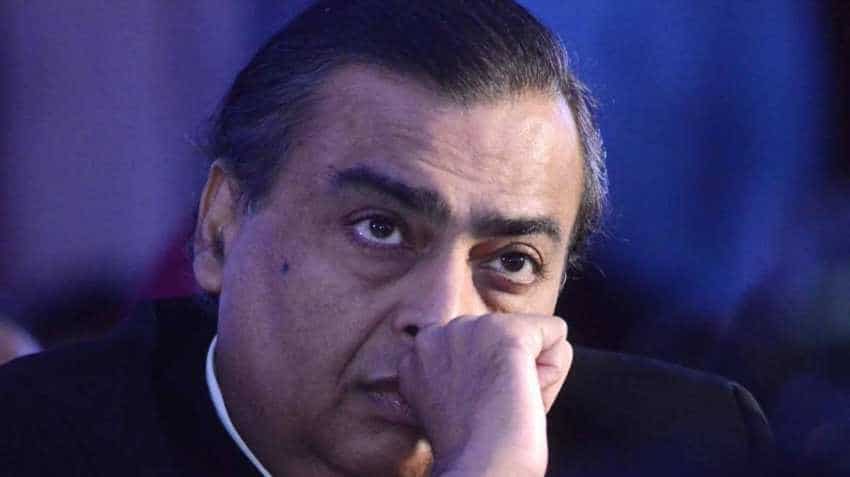 Shares in Reliance Industries rose on Friday, following record quarterly numbers that showed the conglomerate`s strategy to diversify beyond refining and petrochemicals was bearing fruit. The company`s gross refining margins - a measure of its core profitability - took a hit amid volatility in oil prices and slowing demand globally, but its fast-growing telecom and retail businesses drove profit to new highs.

Analysts expect that while the outlook in the short term for the core business is challenged, it is the consumer business growth that will continue and support earnings momentum.

Reliance`s consumer business should see earnings growth of 18 percent over the next two years, Morgan Stanley said in a report.

The strong earnings growth and outlook for the consumer arm drove shares in Reliance up as much as 4.9 percent on Friday.

In a speech in the western state of Gujarat, its chairman Mukesh Ambani laid out plans to deepen the conglomerate`s commitment to retail by creating a new commerce platform, blending online retail with brick and mortar stores, that aims to empower India`s unorganized retail sector to compete against the likes of Amazon.com and Walmart-owned rival Flipkart.

The company is testing devices for small shopkeepers that act as payment systems and which also integrate into Reliance`s wholesale network, enabling better inventory management.

Reliance said on Thursday that its retail business saw revenue doubling to 356 billion rupees ($5 billion) in the last quarter, while earnings before interest and taxes more than tripled from the year-ago period to 15 billion rupees.

The "kind of growth and sales we are seeing clearly point to a major growth phase in retail for Reliance," said Abneesh Roy, a senior retail analyst at domestic broking firm Edelweiss.

Meanwhile, the Ambani-controlled company saw earnings before interest and tax from its telecom business more than doubling to 23.69 billion rupees in the quarter.

In December, India rolled out new foreign investment restrictions for its e-commerce sector to prevent predatory pricing and deep discounting, the curbs follow intense lobbying by India`s many millions of small shopkeepers and the middlemen who serve them.

Mukesh also called on the government on Friday to stop the rise of "data colonisation." "In this new world, data is the new oil. And data is the new wealth. India`s data must be controlled and owned by Indian people - and not by corporates, especially global corporations," Ambani told an audience which included India`s Prime Minister Narendra Modi.

India has proposed regulations to force foreign companies to store data locally, dealing a blow to the likes of Mastercard, Visa, Facebook and others.