Reliance Retail clocked revenues of over $10 billion or Rs 69,198 crore during  the fiscal  2018 on the back of a strong performance in the digital category comprising consumer and connectivity business. In fact, more than half of the revenue clocked in by Reliance Industries Ltd's retail vertical is contributed by this category alone. 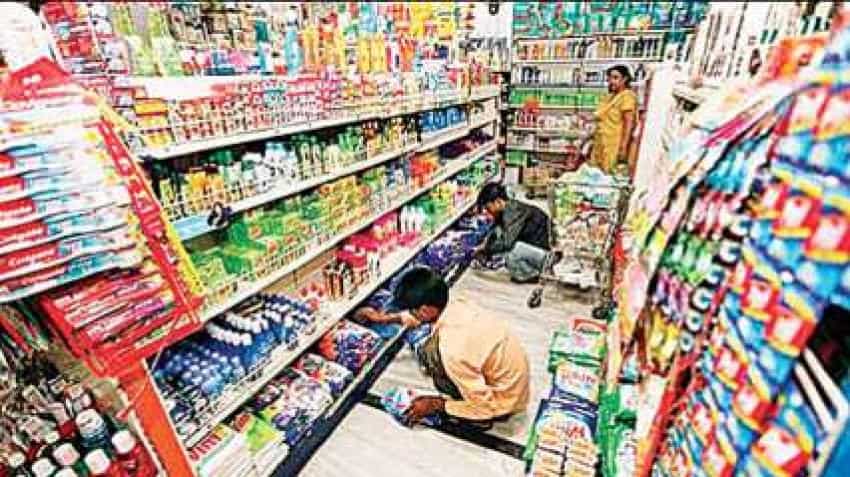 Reliance Retail clocked revenues of over $10 billion or Rs 69,198 crore during the fiscal 2018 on the back of a strong performance in the digital category comprising consumer and connectivity business. In fact, more than half of the revenue clocked in by Reliance Industries Ltd's retail vertical is contributed by this category alone.

As per segmental revenue figures (approximate) for fiscal 2018, shared with DNA Money, at Rs 37,880 crore the digital category is the largest contributor at 54.74% to the overall retail vertical's revenues.

Devangshu Dutta, chief executive of management consulting firm Third Eyesight, said, "The digital business, given its thin gross margins, only makes sense at a large volume. The growth of Reliance Digital and the Jio telecom push should be seen as strategically linked - it is a two-pronged approach: pushing devices into consumers' homes and hands, while boosting the connectivity at prices that are incomparable worldwide. Reliance has created a pricing disruption not once, but twice in the telecom market, the first being Reliance Infocomm in 2003."

Food and grocery retailing category under 'value and others' registered revenues of Rs 13,869 crore contributing 20.04% while 'brand, jewellery, fashion and lifestyle' stores category stood at Rs 7,173 crore or 10.36% taking the fourth position.

The third position is held by 'petro retail' category with 495 owned outlets as of March 31, 2018. This category had revenues of Rs 10,276 crore or 14.85% of the total revenues. In fact, the petro retail number is set to grow at a very fast pace. RIL said in the results statement that the company continues to re-commission its retail petroleum network and that approximately 1,313 outlets are now operational.

In its results statement last week, RIL said that its consolidated revenue of Rs 430,731 crore for fiscal 2018 was boosted by robust growth in Retail and Digital Services business. While Reliance Retail recorded a 105% surge in revenue, RJIL's Wireless Telecommunication Network recorded revenues of Rs 23,916 crore in its first year of commercial operations.

While the overall revenue numbers look impressive, industry experts believe it cannot be considered for a like to like comparison with the peer group because Reliance Retail is also including revenues from its digital business and petro retailing vertical to claim the largest player positioning in the market.

"Collectively, the retail business revenue numbers are huge but that's also because of contribution from digital and petro retailing verticals. There is no doubt that retail revenues would be significant. Same could be true for the other two categories too. In such a scenario, it will be difficult to make a peer group comparison," said an analyst from one of the leading brokerages requesting not to be quoted.

Echoing the sentiments Harminder Sahni, founder and managing director, Wazir Advisors, said, Reliance Retail is definitely a significant player in the market. "However, the strong revenue growth is also due to other business categories that are part of the retail vertical. The company is aggressively expanding physical store network while also building their e-commerce business across various categories. It's only a matter of time for the offline-online to start playing in a big way," said Sahni adding that revenue numbers will see significant growth in the coming years.

RIL's retail business mainly operates across three categories viz. value and others, digital and brand, jewellery, fashion and lifestyle stores. According to a post result company note by brokerage firm Motilal Oswal Securities Ltd (MOSL), a chunk of the stores i.e. 2,379 outlets are in the digital category. The second largest is the value and others category with 1,113 stores and 345 outlets in the brand, jewellery, fashion and lifestyle stores.

On the overall performance of the Reliance Retail vertical under RIL, industry experts said, the group had clearly demarcated retail as a strategic sector from the beginning. According to Dutta of Third Eyesight, Reliance has a stated goal of touching every home in the country, and that objective would be achieved through the retail and telecom verticals.

"Retail, being a strategic sector, has been pursued aggressively as the numbers are showing. The business has been growing steadily for several years on a strong foundation. Events like demonetization and the implementation of goods and services tax (GST) is favouring the growth of modern retail chains and their channels. Going forward, structured and organised businesses will stand to significantly benefit. Reliance, with its footprint, both offline and online, will also majorly benefit," said Dutta.