The extension of Reliance Jio's welcome offer and demonetisation has hit the telecom industry which has already reeling from the mounting debts. 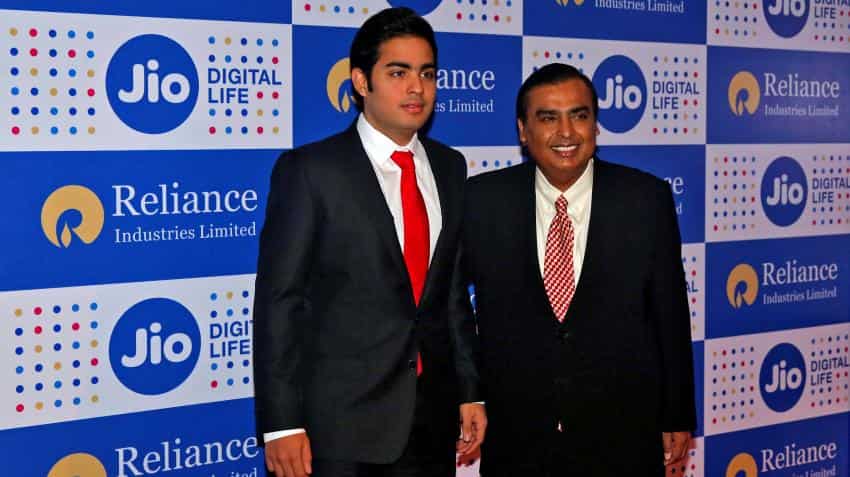 The telecom industry is expected to see a 5-7% decline in their revenues over the next two quarters.

This is due to two factors, firstly, the extension of the Reliance Jio's free offer and secondly, demonetisation. 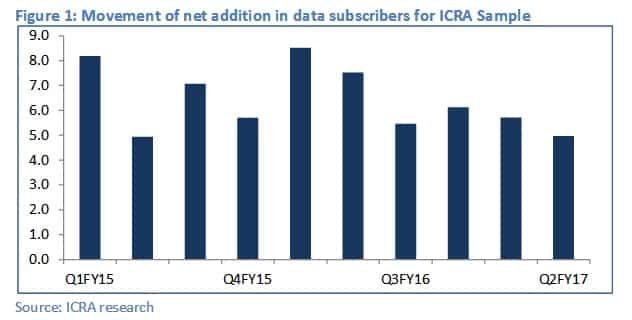 Similarly on the data front, the realisations have remained under pressure. The telecom companies have been offering free or discounted data to attract more subscribers on to their network.

However, the increase in data subscriber base as well as in data usage per subscriber has cushioned this impact. Consequently, the data ARPU witnessed improvement till Q4 FY2016. Post that, there has been a decline as pressure on realisations remains intense.

Reliance Jio's ARPU's are expected to be higher than the existing industry levels.

This is after Reliance Jio's tariffs being much lower than the industry average. “At the announced tariff plans of the company, the ARPU levels which can be achieved are likely to be higher than the existing industry levels, albeit at higher consumption. RJio’s lowest plan, which offers unlimited voice calls and 300 MB data is for Rs 149 per month, whereas the average industry ARPU for the quarter ended June 30, 2016 was around Rs 166,” the ICRA report said. 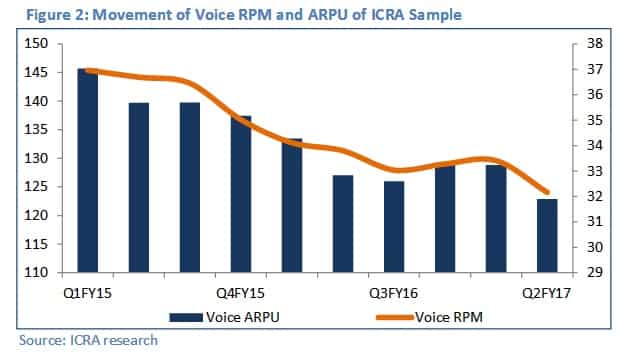 It further said that Reliance Jio is expected to further fuel the price pressure as it will extend the price competition due to the higher ARPU levels and the financial flexibility that it has due to it being a subsidiary of Reliance Industries Ltd (RIL). This will be at the cost of weak returns in the initial years. This comes at a time when the industry is reeling under an estimated debt of more than Rs. 4.25 lakh crore, and has seen long periods of subdued returns on investments.

Apart from this, the report said that demonetisation has impacted the revenues of telecom players by around 3-5% in Q3 and Q4. The reason for this decline has largely been due to a decline in consumption of voice or data, especially of prepaid users. The pre-paid segment accounts for around 95% of the total subscriber base and around 80% of the revenues of telecom companies.

The impact of demonetisation on post-paid users has been limited as a majority of users make their payments through cheques or digital payment systems.