Earlier, the Rs 153 plan for JioPhone offered 500MB data per day for 28 days now the plan has been revised to offer more data benefits to customers. 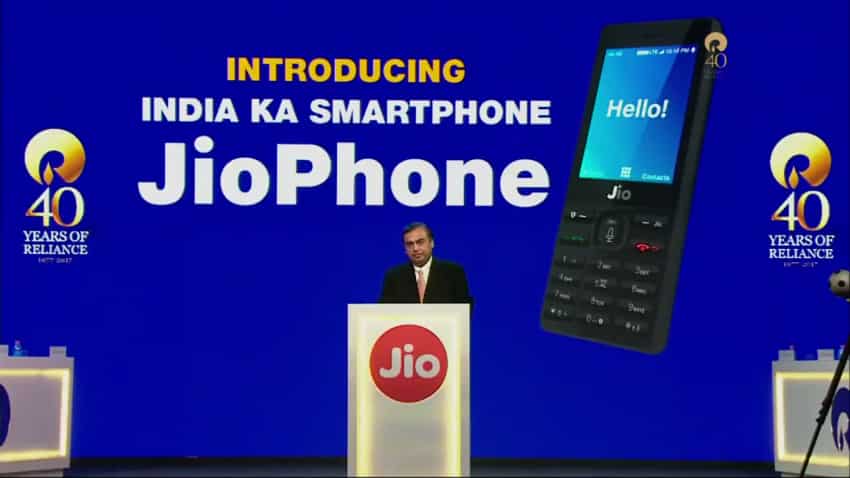 The Mukesh Ambani-led telecom operator has made changes to its Rs 153 plan which was touted to be the company’s ‘affordable’ plan.

“I am putting an end to unaffordable data, with this all unlimited, Jio Dhan Dhana Dhan plan of Rs 153 per month for the JioPhone,” Ambani said at the 40th AGM of Reliance Industries in July 2017.

The revised Rs 153 plan now offers 1GB data per day for a period of 28 days, a report by TelecomTalk said.

The plan also offers subscribers unlimited voice calls and 100 SMS per day. This plan was particularly devised for users of the JioPhone, the company’s first 4G VoLTE feature phone.

Customers, who will be recharging the Rs 153 plan, will now receive the revised pack benefits, the report said.

Initially, the Rs 153 plan was released with two other recharge sachets – Rs 54 and Rs 24 each offering similar benefits on the JioPhone. However, no changes to these plans have yet been announced.

“We are well aware that many of these users find it difficult to commit Rs 153 upfront. In order to fit every pocket, we are also introducing 2 sachets - a weekly plan for Rs 54 and a 2-day plan for Rs 24, that provide similar value,” Ambani added in his AGM speech.

The phone boots KaiOS and is backed by a 2000mAh battery. It has support for 4G LTE, VoLTE, Wi-Fi, Bluetooth, and NFC.