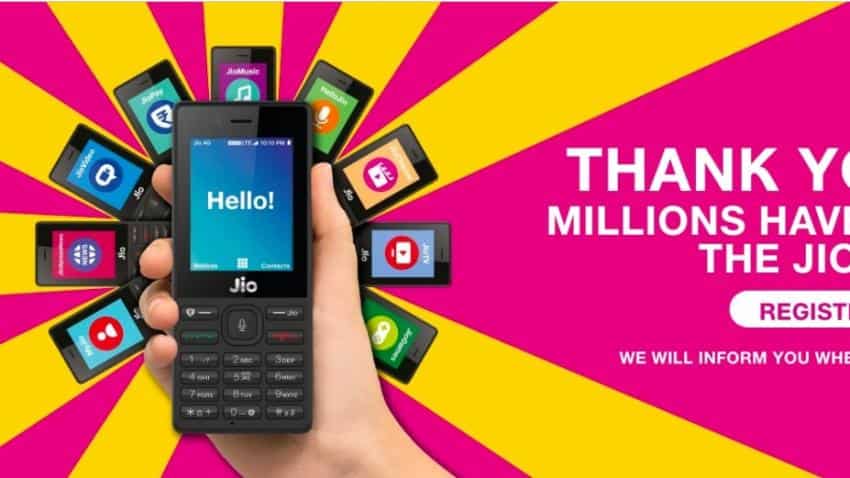 After starting the pre-booking of JioPhone last week, the company has finally decided to start delivering the phones from Navratri which is beginning from September 21.

According to a PTI report, which quoted channel partner of Reliance Retail, saying that, "We have been told by the company that the deliveries of JioPhone will start during Navratri."

Mukesh Ambani-led Reliance Jio has already booked nearly 60 lakh units of JioPhone within three days of opening that started on August 24. But, on August 28, the pre-booking had to pause due to heavy demand.

Further, another report by The Financial Express mentioned that Jio phones are being imported from Taiwan and will land to some locations in India. The users from these locations will get the delivery first. New Delhi, Ahmedabad, Kolkata, Hyderabad and Mumbai are some of the selected locations.

Reliance Retail commenced pre-booking of JioPhone though its stores, franchisees, Jio website and application against refundable deposit of Rs 500. The customers will be required to pay another Rs 1,000 at the time of delivery of the phone in September.

However, entire Rs 1,500 will be refunded to the buyer after 36 months on returning the phone.

Once JioPhone hit its the market, RJio will send the store details from where the customer will have to go and get the feature phone.

JioPhone has 2 megapxiel front camera, VGA camera on the front, 4GB internal storage which can be expanded to 128 GB with help of memory card and 2000 mAh battery.

Ambani in its 40th Annual General Meeting has stated that they are targeting to have 5 million JioPhones available every week.