Government will put airwaves worth Rs 5.63 lakh crore in the upcoming auction. 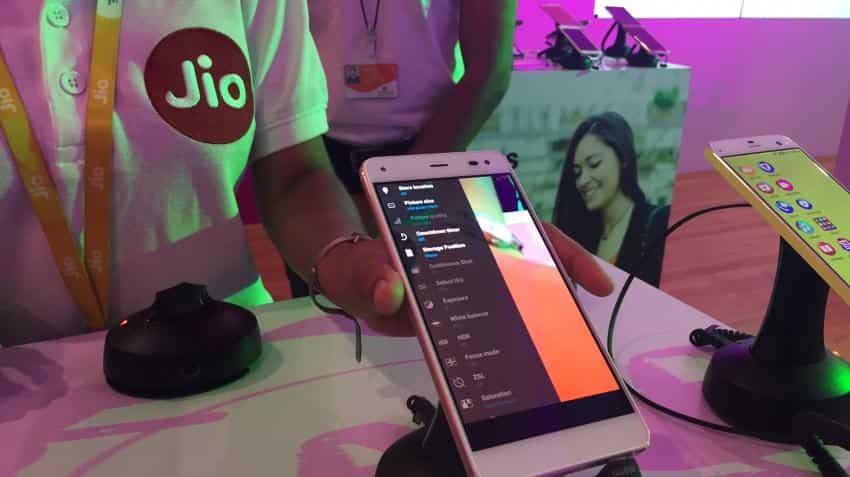 The board of Reliance Jio on July 14 approved to issue 1,500 crore equity shares of Rs 10 each. Photo: Reuters

"The Board of Directors at its meeting held on September 12, 2016 has decided to make rights issue of 300,00,00,000 - 9% Non-Cumulative Optionally Convertible Preference Shares (OCPS) of Rs 10 each for cash, at a premium of Rs 40 per OCPS, aggregating to Rs 15,000 crore," Reliance Jio informed stock exchanges on Monday.

The board of Reliance Jio on July 14 approved to issue 1,500 crore equity shares of Rs 10 each aggregating to Rs 15,000 crore on rights issue basis.

However, it has now changed the instrument from equity to OCPS.

"Each OCPS shall be either redeemed at a value of Rs 50 per OCPS or converted into 5 equity shares of Rs 10 each at any time at the option of the company, but not later than 10 years from the date of allotment of OCPS," the filing said.

The company has commercially started its 4G services on September 5 and will offer free phone call and high speed data services for free till December 31.

However, it is facing resistance from incumbent telecom operators who have been reluctant to provide it network interconnection points resulting in failing of most of the calls made on Airtel, Vodafone and Idea Cellular network.

The company has launched its commercial service about a month before start of country's biggest ever spectrum auction which is set to start from October 1.

Government will put airwaves worth Rs 5.63 lakh crore in the upcoming auction. Last date for submission of application to bid in the auction with earnest money deposit in the form of bank guarantee is September 14.