Here's what comes next as Reliance Jio and Reliance Communications prepare for the sale of assets. 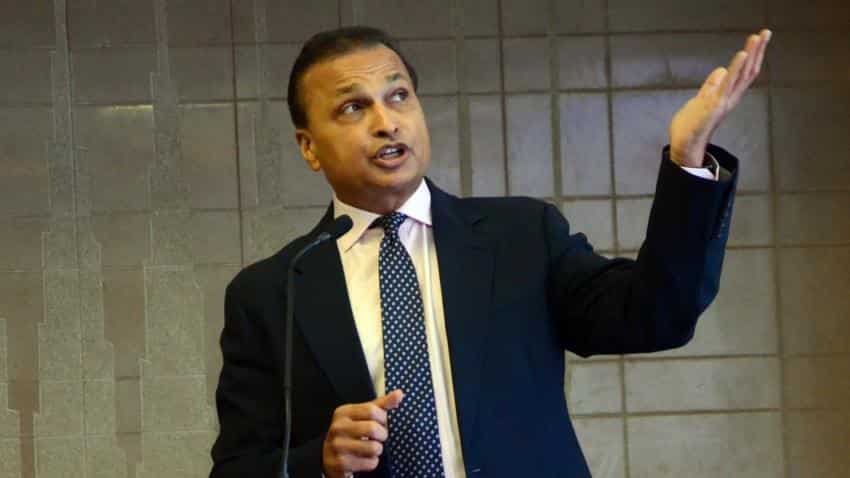 It’s big brother Mukesh Ambani to the rescue as Reliance Jio announced its intentions to buy out the Anil Ambani backed Reliance Communications’ wireless business. The Reliance empire was left divided after the death of Dhirubhai Ambani in 2002.

Now Jio, a subsidiary of Reliance Industries on Thursday announced signing of ‘definitive agreement’ to buy out debt laden RCom’s assets. The operator run by the younger Ambani sibling was estimated to be over Rs 45,000 crore in debt.

RCom is putting up for sale its towers, optic fibre cable network, spectrum and media convergence nodes to pare losses.

“The acquisition is subject to receipt of requisite approvals from Governmental and regulatory authorities, consents from all lenders, release of all encumbrances on the said assets and other conditions precedent. The consideration is payable at completion and is subject to adjustments as specified in the agreement,” Jio said.

The wireless business in question entailed over 100,000 miles of optic fiber and more than 43,000 cell phone towers, as per Moody's estimates.

What this means for Jio

After months of speculation over a possible merger since both companies share spectrum in over seven circles, RCom and Jio have finally given in to rumours.

More than subscribers, this deal with RCom is crucial for Jio on account of spectrum. Jio will acquire 122.4 MHz of 4G spectrum.

RCom owns 262MHz airwaves in four bands including its most coveted 800MHz band that has a longer validity until 2033, a report by Bloomberg Quint said. Rolling out 4G services on that frequency would mean lower infrastructure cost, the report added.

Coming to subscribers, analysts do not estimate this to work much in favour of the youngest telecom operator as it acquires RCom subscribers. The latter’s subscribers have been dropping for the longest time. 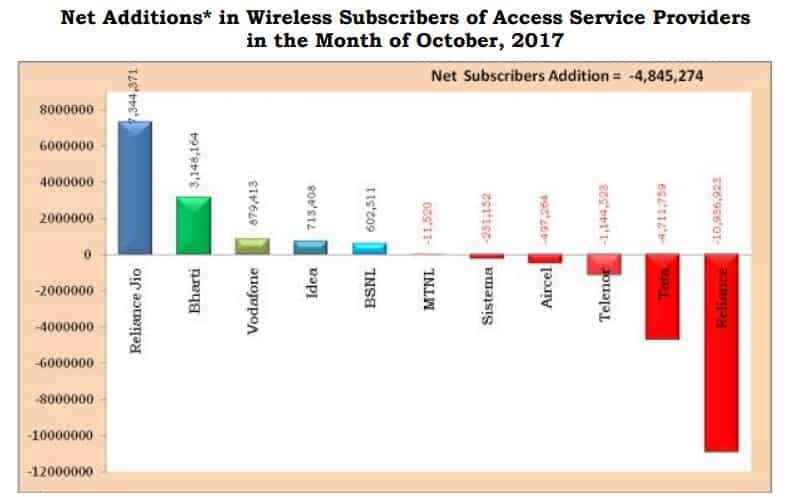 Jio currently stands at fourth place in the Indian telecom market with 14.59 crore subscribers, as per TRAI data.

However Idea is slated for a merger with India’s second largest telecom player – Vodafone in 2018.

How does the competition fair?

Fight to be India’s number one operator would be ongoing in the coming years. Sunil Bharti-led Airtel said that the market would consolidate to a three player market by 2020.

Bharti Airtel currently leads the pack with over 28 crore subscribers. It had also taken over Norwegian telecom firm Telenor.

Idea and Vodafone are estimated to build a 40 crore subscriber base post its merger.

When it comes to spectrum, Airtel holds 1767.5 MHz while Vodafone and Idea together were estimated to hold 1850 MHz.

The Jio-RCom entity are estimated to hold 1357.4MHz only, the report by Business Today said.

Also Read: RCom's rise and fall, and the white knight