In a move to counter Reliance Jio, Airtel on Monday had slashed 4G and 3G mobile internet charges by up to 80%. 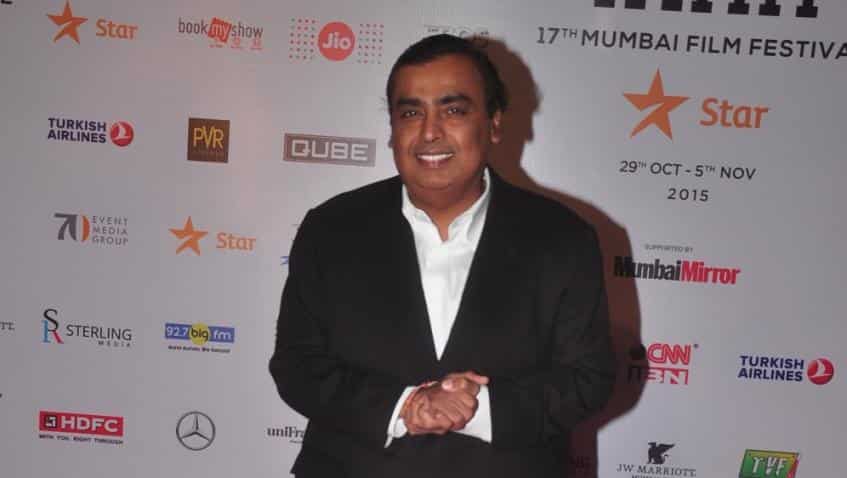 Reliance Jio just pulled the rug from under the feet of telecom operators such as Airtel, Vodafone, and Idea Cellular as it announced the launch of its services with free lifetime voice calling, no roaming charges, and low data tariffs.

As the telecom firm rolls out its services on Monday, September 5, the announcements are likely to cause a disruption in the telecom industry.

"Customers should pay for only one service, voice or data not both. Worldwide operators charge only for data, and voice and messages are free. All voice calls for Jio customer will be absolutely free. The era of paying for voice calls is ending,” said Mukesh Ambani, Chairman of Reliance Industries Ltd (RIL) at the Annual General Meeting while announcing the launch.

He added data must be affordable and at Jio, data rates will be 5 paisa per MB or Rs 50 per GB. "The more data you use, the lower will be the rate," he said.

Ambani had also released an entire list of all the tariff plans offered by Reliance Jio.

The announcement sent the stocks of competitors such as Airtel and Idea Cellular plummeting even as Ambani was still making the announcements.

The impact of Reliance Jio is expected to have a huge impact on the telecom industry.

“We had a negative outlook for the Indian Telecom Industry,” said Fitch Ratings. The ratings' agency further added, “Jio tariff was cheaper than anticipated by almost 25-30%. The question is whether higher volumes will offset lower tariffs or not.”

Competitors have been slashing their rates in the run up to the Jio launch. In a move to counter Reliance Jio, Airtel on Monday had slashed 4G and 3G mobile internet charges by up to 80% to as low as Rs 51 per GB under a special scheme.

Airtel in July started offering up to 67 % more data in its existing 4G and 3G schemes, a move that was followed by Idea Cellular and Vodafone.

In August, Airtel made voice calling free even in roaming under a new plan for Rs 1,199 which also included 1GB of 3G or 4G data, depending on availability of the network.

Ideamtoo on July 15, said that it will give customers 45% more data with their current data packs.

An Analysys Mason report said on Wednesday that India’s current data tariff is significantly higher than most developed countries and called for a 75% cut in rates.

Airtel in a statement to responded to Reliance Jio’s launch by saying, “We welcome Reliance Jio’s entry to the digital world and wish them the very best. We also welcome Jio’s call to leading operators to work together. As a responsible operator, we will fulfill all our regulatory obligations as we have always done.”

While Reliance Jio has got its competitors slashing their prices, these telecom companies have not been in the best shape with mounting debt and lower data usage. The debts have been mounting as these telecom players have yet not been able to recover the investment from the previous telecom auctions in the last two years.

While the top telcos Airtel and Vodafone have a net debt of over Rs 80,000 crore, Idea’s net debt was at nearly Rs 40,000 crore and Reliance Communication above Rs 30,000 crore.

Here’s how much Reliance Jio data packs will cost you