This target may seem tougher for the company to achieve due to the slower subscription additions than required. 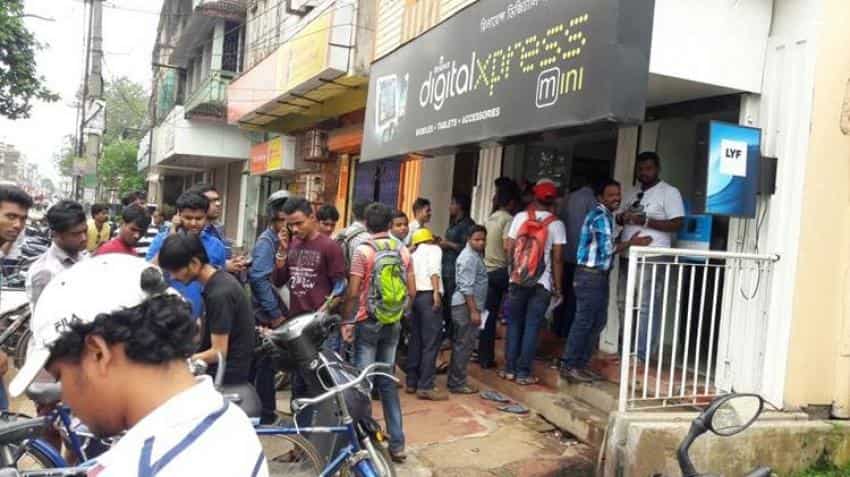 Mukesh Ambani had set up an ambitious target of reaching 100 million subscribers for Reliance Jio in the “shortest possible time” during his speech at Reliance Industries Ltd’s 42nd Annual General Meet (AGM).

“I have always set impossible goals for the Jio team and they have always exceeded my expectations. So today I set a target for team Jio to acquire 100 million customers on the Jio network in the shortest possible time and create a new world record,” he had said.

However, this target may seem tougher for the company to achieve due to the slower subscription additions than required.

“The run-rate of SIM card sales since the launch of the welcome offer is 1 lakh per day. With the addition of more distribution channels (eg, modern and mom-and-pop stores), our channel check indicates the run-rate to go up 3-4x. Total current subscriber base is 5 million,” according to a Motilal Oswal report.

While Ambani mentioned “shortest possible time” for the target to be achieved, the report states that the internal target to reach 100 million subscriber base is about 3-4 month (ie December 2016).

“Considering 3-4x growth in daily subscriber addition from the current level of 1 lakh, monthly addition works out to be 9 million, leading to about 36 million subscribers by December 2016,” explained the report.

Besides this, the report states that Reliance Jio will be faced with a challenge of retaining its subscribers after the end of the welcome offer. “Based on our channel check, there could be about 30-40% retention, which implies about 10-15 million subscribers,” said the report.

The report, however, said that although this is far behind the 100 million target, they believe it is still a big feat, and the current run-rate should allow the company to reach the 100 million mark by June next year. “From overall industry perspective, with 36 million subscribers, RJio could reach about 30-50% of RCOM/Tata Tele/BSNL’s subscriber base of about 60/86/100 million,” it added.

There has also been delays witnessed as demand for SIM cards has outstripped supply, according to media reports. Just a day after the launch SIM cards that are meant to be available free of cost were being charged for by dealers due to the surge in demand, according to a Bloomberg Quint report. Apart from this, some customers and dealers complain of delays in SIM activation.

This too can pose a threat to Reliance Jio achieving the target of 100 million subscribers.

However, a Reliance Jio official who wished not to be named, said that the target of 100 million by the end of December 2016 has not been set by the Chairman but by the market experts. The source added that Ambani had in fact meant that the company will be equipped to handle 1 million subscribers per day once the e-KYC is rolled out all across the country.

“There is no merit in breaking such a clear and powerful mission into acquisitions per month, per day, etc. When any product or service strikes a chord, its acquisitions go up at a faster rate than incremental/linear,” said the source.

With regards to the delays in issuing SIM cards the source said that they are minor issues which will be ironed out in due course of time.