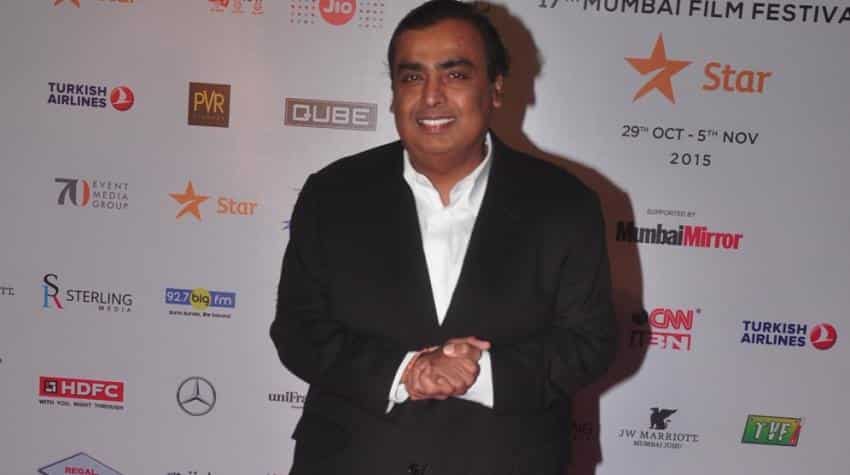 Ratings agencies have turned pessimistic over expectations of longer and deeper than expected worsening of the credit profile of telecoms. Photo of Managing Director of Reliance Industries Limited and founder of RJio, Mukesh Ambani. Image Source: IANS

Telecom sector analysts find little solace with the approaching dawn of the new financial year given the competition level in the industry.

“The outlook for the industry is negative on account of the weak pricing power of the industry which would take some time to improve,” Harsh Jagnani, Sector Head- Corporate Sector ratings, ICRA Ltd told Zeebiz.

However, as mobile data subscribers made merry with the discounts brought on by the onslaught of Reliance Jio’s various offers it resulted in other companies copying the new entrant’s example and subsidising data packs.

This is expected to be a continuing trend in FY18.

Another trend here could be the rise of dual-sim phenomena.

“Thus the data and voice usage pattern for each telco could remain inconsistent and unpredictable. Retaining customer base will necessitate the telcos to continue to augment their capacity and coverage for superior speed and virtual network platforms,” IndRa said.

Ratings agencies have turned pessimistic over expectations of longer and deeper than expected worsening of the credit profile of telecoms.

As telecoms roll out the wagon of buddle data offers trying to keep up with RJio, it is expected to put a strain on telecom company realisations in FY18 as well.

More than a week ago, Airtel introduced a new offer for its home broadband customers who will get free additional monthly data top up with their existing broadband plans in order to celebrate two million subscriptions.

In January Idea said that customers buying new 4G smartphones on Flipkart would be offered 15GB data at the cost of 1GB.

“…voice revenue to moderate in FY18 on stagnant minutes of usage (MoU) and on further moderation in voice realisations which are expected  to drop to 25 paisa - 28 paisa per minute from 30 paisa - 35 paisa currently,” IndRa said.

The impact of cheaper data packs has yet to be felt in Q3 and Q4 of FY17.

“The pressures on cash flow generation in Q3FY2017 which is expected to continue in Q4FY2017 is likely to increase the debt refinancing requirement for the industry and keep the debt coverage metrics muted,” ICRA’s Jagnani said.

Analysts from ICRA, Care Ratings and IndRa stressed that the discontinuation of RJio’s free service would be a ‘key watch event.’

“Rjio’s ability to retain market share would be driven by both pricing as well as user experience given the choice of complete reliance on voice over LTE (VoLTE) technology,” IndRa said.

“The sector will continue to be under pressure as EBITDA losses mount for some of the large players which has occurred after a long time," Care Ratings telecom analyst added.