Jio Infocomm has approached the telecom department for in-flight connectivity licence, that allows service providers to offer connectivity and data services to Indian and foreign airlines, according to sources. 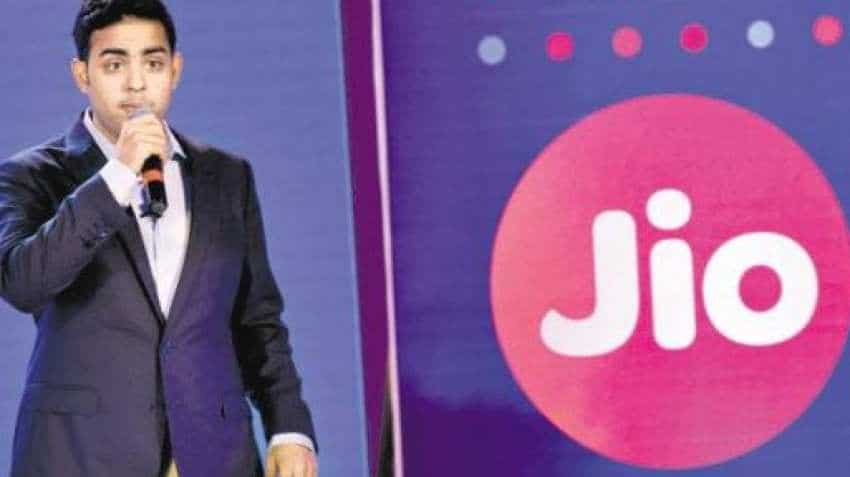 Reliance Jio declined to comment on a questionnaire sent in regard to in-flight connectivity license. PTI
Written By: PTI
RELATED NEWS

Reliance Jio: Jio Infocomm has approached the telecom department for in-flight connectivity licence, that allows service providers to offer connectivity and data services to Indian and foreign airlines, according to sources. Besides Jio, the Department of Telecommunications (DoT) has also received a clutch of other applications including those from Ortus Communications, Station Satcom and Cloud Cast Digital, sources privy to the development told PTI. Reliance Jio, however, declined to comment on a questionnaire sent in this regard. Sources, meanwhile, said that in some of the cases including that of Ortus Communications, the DoT has sought some clarification on the application submitted.

After the government notified rules for in-flight and maritime mobile phone services in December last year, a number of companies including Bharti Airtel, Hughes Communications India, and Tatanet Services queued up for the said licence. In February this year, Hughes Communications India (HCIL) became the the first company to be granted the in-flight and maritime connectivity licence in the country. The following month, Tatanet Services, a wholly-owned subsidiary of Nelco, announced that it had obtained in-flight, maritime connectivity licence from the government.

Most recently, the DoT issued a 10-year licence to Bharti Airtel subsidiary Indo Teleports Ltd to provide such services. According to Euroconsult, over 23,000 commercial aircraft will offer connectivity to their passengers by 2027, up from 7,400 aircraft in 2017. Northern Sky Research's Aeronautical SatCom Market's 2017 report predicts that by the end of 2019, broadband VSAT (very small aperture terminal) connectivity will be installed on one out of every three commercial passenger aircraft, and will rise to two out of every three by the end of 2026.

Fuelled by rising demand for broadband connectivity, this installed base is estimated to generate over USD 32 billion in revenue over the next decade, as air travel continues its rise around the world. The connectivity needs in maritime industry are also growing leaps and bounds, as increasing number of vessels look to stay connected to provide their crew and passengers high-speed internet access, monitoring weather patterns to cut fuel costs, filing regulatory documents, ordering supplies from sea to save time in port, and generating business intelligence.