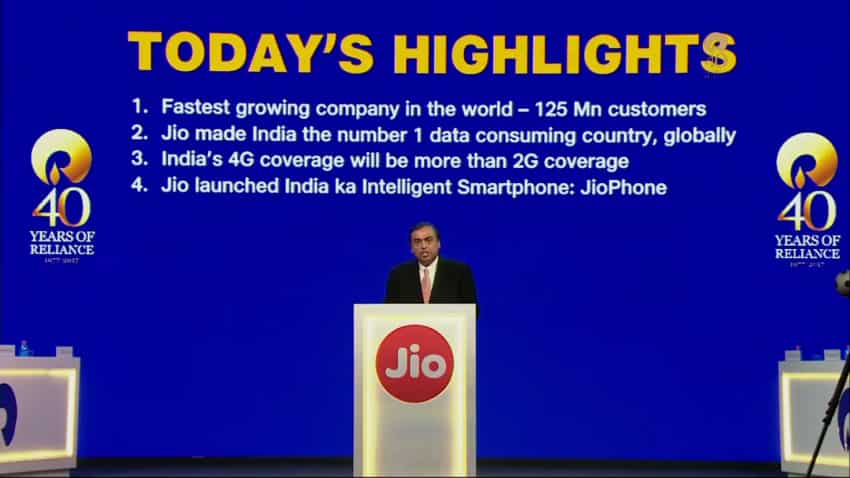 At the occassion of 40th AGM, Mukesh Ambani, Chairman and Managing Director , Reliance Industries said, "Free share issue to be largest ever by any Indian company. It reflects my confidence in company. Reliance to share prosperity with all shareholders."

However, the company will collect a 100% refundable security deposit of Rs 1500 which will be refunded after three years.

Jio's feature phone will be available for user testing in beta on 15 August this year. Pre-booking of the phone will begin from 24 August. First come first bookings will get their phones by September this year, Ambani said.