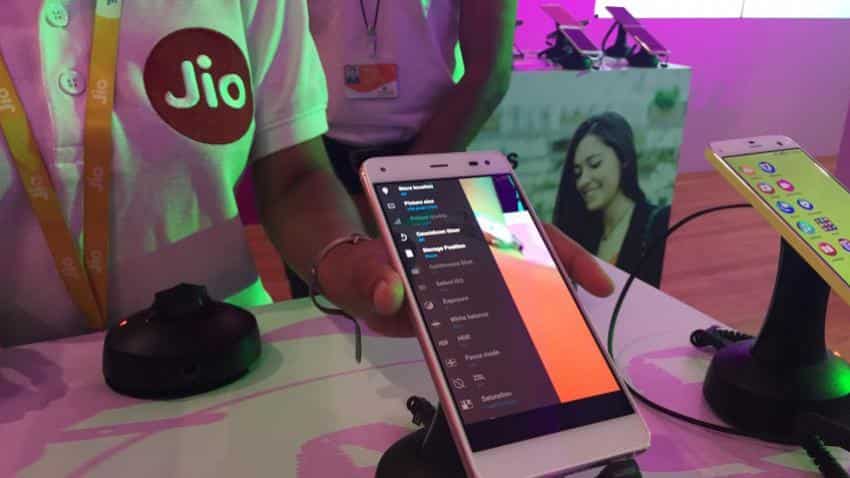 The rise in share price is despite its rival try to match data tariff offers. Photo: Reuters
Written By: ZeeBiz WebTeam
RELATED NEWS

Since its announcement on February 21, 2017 to monetise its telecom arm Reliance Jio after offering free data for many months to users, the shares of the company have given nearly 30% returns in just two-weeks.

On February 21, the shares of the company were trading at Rs 1088.2 per piece, and today it touched 1307.05, giving 20% returns. The very next day of the announcement of big plans by its CMD Mukesh Ambani, the shares their hit eight-year high.

He had also announced the introduction of Jio Prime Membership, a loyalty program, that will offer unlimited benefits to existing customers of ‘Happy New Year’ offer till March 31, 2018.

The company had said that customers would be required to pay a nominal one-time enrollment fee of Rs 99 and an introductory plan of Rs 303 per month to avail of the benefits.

Last week, research firm Morgan Stanley had revised its target for the company and had set a new price target of Rs 1,506 per share. The company is already very close to achieve the new set price.

Mayank Maheshwari, Rakesh Sethia and Amruta Pabalkar, analysts at Morgan Stanley said, "This is set to change as earnings start from energy projects and telecom monetisation gathers pace. We raise our price target to factor in higher energy earnings and increased clarity on telecom investments."