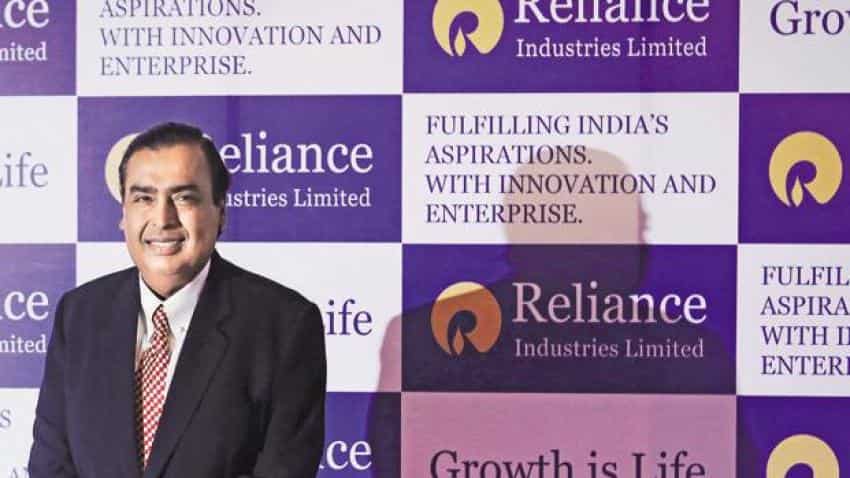 On a year-on-year basis, net profit increased by 17.3 per cent. The company had posted net profit of Rs 8,046 crore in the March quarter of FY17. Industrialist Mukesh Ambani-led RIL's consolidated revenues jumped 39 per cent during Q4 FY 18, compared to Rs 92,889 crore posted in the corresponding quarter a year ago.

The oil-to-telecom conglomerate's gross refining margin (GRM) dipped to $11 from $11.6 reported in the December quarter. GRM is what the company earns from turning every barrel of crude oil into fuel. Analysts had expected Q4 FY18 GRM to come in at $11.3-11.6.

Reliance Jio reported net profit below estimates at Rs 510 crore, a jump of 1.2 per cent against Rs 504 crore reported in the December quarter. RJio's Average Revenue Per User (ARPU) came in at Rs 137.10 per month against Rs 154 reported in Q3 FY18.

"FY 2017-18 was a landmark year for Reliance where we established several records on both operating and financial parameters. Reliance has become the first Indian company to record PBDIT (Profit Before Depreciation Interest and Taxes) of over $10 billion with each of our key businesses - Refining, Petrochemicals, Retail and Digital Services achieving record earnings performance," said Mukesh D Ambani, Chairman and Managing Director of RIL.

He said substantial synergies, productivity gains and production growth in the energy and materials business has allowed the company to perform at very competitive levels despite the uptrend in oil prices through the year.

"We have established strong foundations in retailing and digital services business with world-class supply chain management and network infrastructure which will serve our customers well. It is very heartening to see the traction our service offerings are gaining, with discerning Indian consumers. The growing Indian market provides exciting opportunities to scale-up these businesses and maximize long-term shareholder value in the coming years," he added.

RIL share price settled at Rs 994.75, up 2 per cent on the BSE. In intraday trade, the stock rose as much as 3.62 per cent to hit its lifetime high of Rs 1010.70 on the BSE. The company could possibly be the next Indian firm to hit the $100 billion mark after Tata Consultancy Services achieved this feat on Monday. RIL needs just 3 per cent gains from from its lifetime high to hit the $100 billion mark in terms of market capitalisation again.