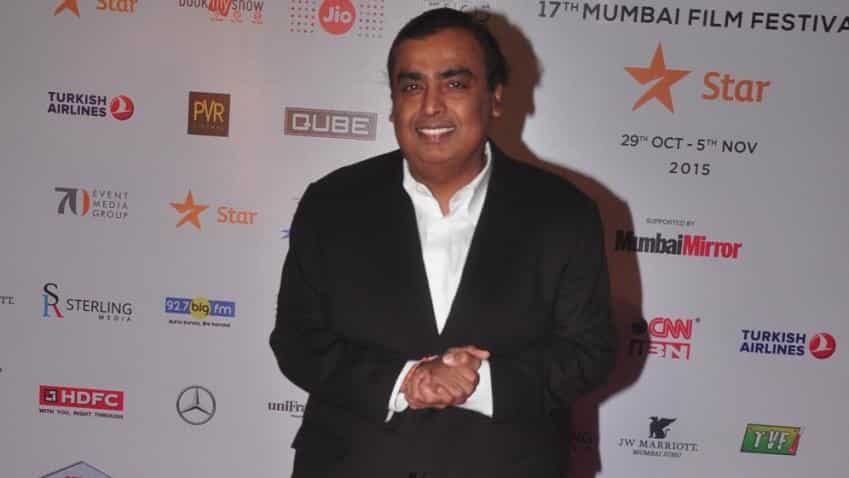 Bloomberg survey had stated that the company is likely to post a net profit to Rs 7,842 crore. Photo: IANS
Written By: ZeeBiz WebTeam
RELATED NEWS

RIL's consolidated net profit stood at Rs 7,506 crore against Rs 7,245 crore in the corresponding period of the previous. Also, the net profit increased by 4.16% from Rs 7,206 crore of the preceding quarter.

Bloomberg survey which included 11 analysts had stated that the oil and gas major company was likely to post an increase in the net profit to Rs 7,842 crore and standalone revenue at Rs 65,753.6 crore in Q3FY17.

He added, "Our growth strategy focuses on creating sustainable returns for our shareholders through value-enhancing, high-return projects. We are executing well on our projects under construction and remain confident on delivering on our growth plans."

Between the October - December 2016, period the corporate highlights for Reliance Industries are:

In November 2016, RIL and GE signed a global partnership agreement in the Industrial IOT (IIOT) space whereby RIL and GE will work together to build out joint applications on GE’s Predix
platform

In November 2016, the world’s first Very Large Ethane Carrier (VLEC) “ETHANE CRYSTAL” was received by Reliance. The VLECs will serve to transport Ethane from USA to India, and are the
largest vessels ever built for transportation of Ethane at an industrial scale.

In December 2016, RIL commissioned the first phase of new Paraxylene project at Jamnagar

During Q2FY17, the company reported a drop of nearly 23% in net profit. The company's consolidated net profit declined to Rs 7,206 crore from Rs 9,345 crore during the quarter ended on September 30, 2015.