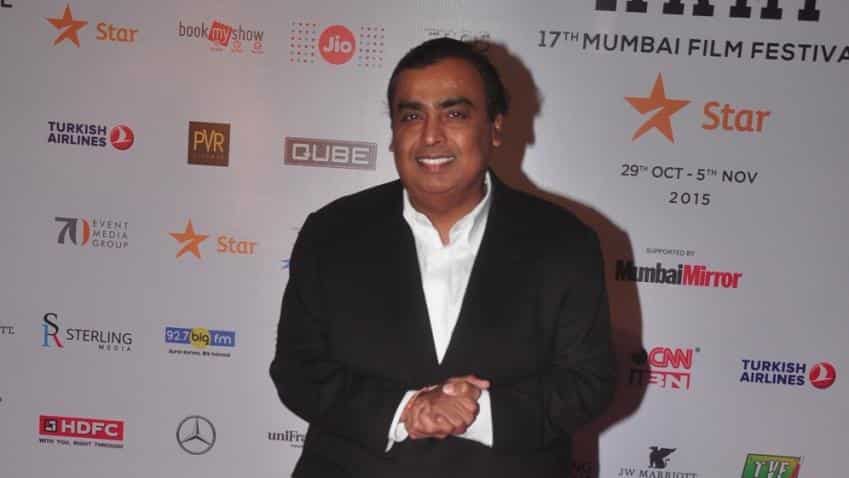 Mukesh Ambani-led Reliance Industries wants to raise Rs 10,000 crore and has asked its shareholders to approve the fund raising plan.

The company said that it wants to raise Rs 10,000 crore through non-convertible debentures (NCDs). It said, "“RESOLVED THAT pursuant to the provisions of Sections 42, 71 and other applicable provisions, if any, of the Companies Act, 2013 read with the Companies (Prospectus and Allotment of Securities) Rules, 2014 and the Companies (Share Capital and Debentures) Rules, 2014 (including any statutory modification(s) or re-enactment(s) thereof, for the time being in force) and subject to the provisions of the Articles of Association of the Company, approval of the members be and is hereby accorded to the Board of Directors of the Company to offer or invite subscriptions for secured / unsecured redeemable non-convertible debentures, in one or more series / tranches, of the aggregate nominal value up to ₹10,000 crore (Rupees Ten thousand crore), on private placement, from such persons and on such terms and conditions as the Board of Directors of the Company may from time to time, determine and consider proper and most beneficial to the Company including, without limitation, as to when the said debentures are to be issued, the face value of debentures to be issued, the consideration for the issue, mode of payment, coupon rate, redemption period, utilization of the issue proceeds and all matters connected therewith or incidental thereto."

In its annual report, Reliance Industries said, "The slowdown in China, as the economy tries to rebalance from export/investment orientation to consumption, is having knockon impact on the rest of the world. In particular, other emerging economies who are dependent on Chinese demand to propel their own growth are facing headwinds."

It further said, "Global oil demand of 1.8 million barrels per day (mb/d) in Calendar Year (CY) 2015 was at a five year high as low prices and demand for light distillates continue to fuel demand growth. Gasoline demand accounted for nearly half of the global oil demand growth with double-digit demand growth in India and China. During CY 2015, the US saw record auto sales (+5.7% y-o-y). Global demand for jet fuel increased 6.5% led by higher air miles travelled."

On the outlook for oil, RIL said, "Medium-term prospects for developed markets remain subdued due to low investment, unfavourable demographics, and weak productivity growth. Britain’s exit from EU may further impact outlook for developed economies. Emerging economies also remain vulnerable to further declines in commodity prices and sharp appreciation of the dollar, which could further strain corporate balance sheets in some countries."