The company said that it already has the unique advantage of capital light access to Reliance Jio’s nationwide 4G mobile network through spectrum sharing and ICR Agreements. 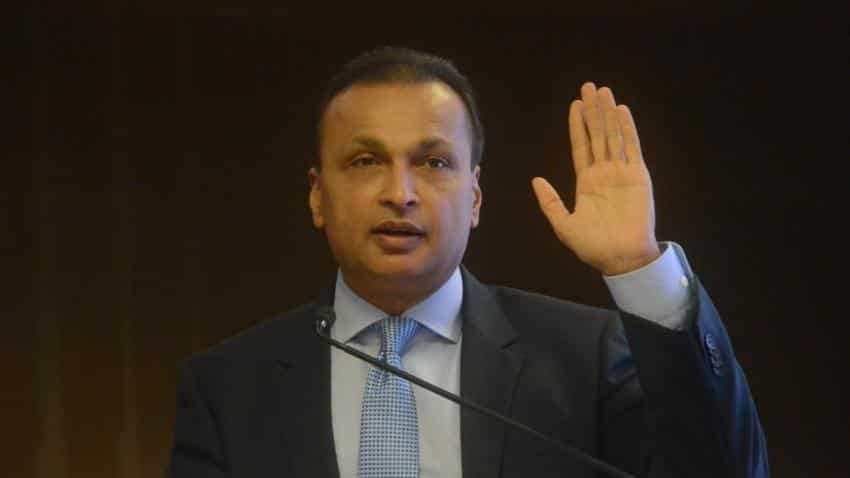 Financial Planning: Five tips to help you overcome the fear of losing money

Reliance Communications at its Board of Directors of meeting held on Sunday, reviewed the ongoing strategic transformation programme, and considered alternate plans for debt reduction. Part of its alternative plan is to monetise airwaves through sharing and trading of its spectrum. It further said that merger between Reliance Communication and Aircel has lapsed.

The Board decided that Reliance Communication will evaluate an alternate plan for its mobile business, through optimisation of its spectrum portfolio and adoption of a 4G focused mobile strategy.

The company said that it already has the unique advantage of capital light access to Reliance Jio’s nationwide 4G mobile network through spectrum sharing and ICR Agreements.

“The combination of the mobile business of Sistema Shyam Teleservices Ltd (SSTL) into RCOM is also expected to be completed this month. The addition of SSTL's valuable spectrum holdings in the 800-850 MHz band will strengthen RCOM's spectrum portfolio by 30 Mhz, and extend the Company’s spectrum validity period in 8 important circles in the country till the year 2033 ie for another 16 years,” said the company in a statement filed on NSE.

The company has spectrum across 800/900/1800/2100 Mhz spectrum bands aggregating 200 Mhz, valued at over Rs 19,000 crore for the balance of validity period, based on last auction pricing. It will evaluate opportunities for monetisation of the same through trading and sharing arrangements.

Reliance Communication and Aircel had signed binding agreements in September 2016 for the merger of RCOM's mobile businesses with Aircel. However, legal and regulatory uncertainties, and various interventions by vested interests, have caused inordinate delays in receipt of relevant approvals for the proposed transaction, said the company.

“Unprecedented competitive intensity in the Indian telecom sector, together with fresh policy directives adversely impacting bank financing for this sector, have also seriously affected industry dynamics. As a result of the various factors aforesaid, the merger agreement has lapsed. The Board approved the same,” said the company.

It further said that focus for the company will now be on the domestic and overseas B2B businesses.

“These B2B Businesses generate equal revenues from domestic and overseas operations. As part of the ongoing transformation and in order to enhance value for all stakeholders, the RCOM Board reaffirmed the focus on these stable, capital light B2B businesses which have sustained and predictable revenues and profits, with immense growth potential,” it said.

Reliance Communication also has plans to reduces it debt by monetisation of its real estate assets.

The company said that it has made good progress in its monetization plans for prime real estate assets, including at Dhirubhai Ambani Knowledge City, Navi Mumbai admeasuring nearly 125 acres, with development rights of potentially over 17 million sq ft and prime property near Connaught Place, New Delhi admeasuring nearly 4 acres.

“Indications of interest from leading developers, and independent third party valuations, have established significantly higher present value monetisation potential of Rs 10,000 crore for the DAKC Complex alone. The company is engaged with leading global and domestic players, and expects to finalise Developments Agreements through an open and transparent process over the next few months,” the company said.

Reliance Communication said that it will continue to implement its plans for monetisation of its Tower and Fiber assets, as already announced.

It finally said that the company continues to be under a standstill period till December 2018 and expects to complete the strategic debt restructuring (SDR) process as per applicable guidelines.

Shareholders of the Company at the Annual General Meeting held on September 26, 2017 have already approved issuance of equity shares to lenders by conversion of loans, it added.

Financial Planning: Five tips to help you overcome the fear of losing money