Global regulators are looking at "startle factors" that can overwhelm pilots as they consider revised protocols for the Boeing 737 MAX. 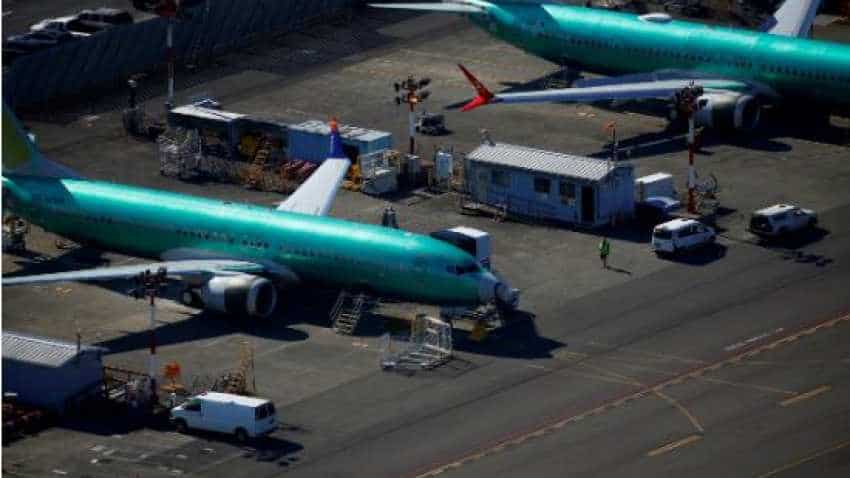 Transport Canada is among a core group of regulators that is evaluating the requirements for the 737 MAX to fly again after a seven-month grounding. Photo: Reuters
Written By: Reuters
RELATED NEWS

Global regulators are looking at "startle factors" that can overwhelm pilots as they consider revised protocols for the Boeing 737 MAX, Nicholas Robinson, the head of civil aviation for Transport Canada, told Reuters on Friday. Boeing Co`s fastest-selling jetliner, the 737 MAX, was grounded worldwide in March after two fatal crashes that killed a total of 346 people within five months. Pilot overload appears to have played a role in both crashes, in which crews struggled to regain control of the airplane while a new flight control system repeatedly pushed the nose down amid a series of other audio and sensory alarms and alerts.

"What we need to do is ensure that the aircrew in the MAX are able to handle that environment," Robinson said in an interview with Reuters.

Transport Canada is among a core group of regulators that is evaluating the requirements for the 737 MAX to fly again after a seven-month grounding.

It has been convening weekly by phone, video conferences or face-to-face with the U.S. Federal Aviation Administration and its counterparts in the European Union and Brazil, Robinson said.

Their decisions could lead to sweeping changes to pilot flight operating manuals and classroom instruction and even mandates for costly simulator training, industry sources have said.

However, no training decisions can be made until Boeing submits software updates to the FAA for review and approval, Robinson said.

Transport Canada is closely aligned with the European Union Aviation Safety Agency on return to service demands and has also raised questions over the architecture behind the 737 MAX`s angle of attack system.

"We continue to look for a solution proposed by the manufacturer and the FAA on that area," he said.

Still, Canada`s goal is for the MAX to return in countries across the globe simultaneously, or at least in close succession.

"It`s not a necessity, but it`s a goal," Robinson said.

A startle or surprise in the cockpit can endanger a pilot`s ability to maintain control of the aircraft and was said to play a role in earlier air crashes like Air France flight 447 in 2009.

The same year, Chesley "Sully" Sullenberger safely landed a US Airways flight on the Hudson River in New York after a bird strike disabled the engines. He told lawmakers in June that the 737 MAX crew could have been confused as they struggled to maintain control of the aircraft.

"I can tell you firsthand that the startle factor is real and it`s huge. It absolutely interferes with one`s ability to quickly analyse the crisis and take corrective action," Sullenberger said.

Under new simulator scenarios, 737 MAX pilots worldwide may be trained on runaway stabilizer, a loss of control that was triggered in both 737 MAX crashes, coupled with some kind of unexpected malfunction.

"The only way to effectively deal with the physical and mental reactions of `startle effect` is to have previously been exposed to it," said Captain Larry Rooney, president of the Coalition of Airline Pilots Associations.

The goal of introducing startles is to teach pilots how to respond to "fight, flight or freeze" instincts in an environment where the effects are not life threatening, said Rooney. The only way to train for startle is in a simulator or in real life.

Boeing CEO Dennis Muilenburg on Wednesday acknowledged that Boeing`s flight control software, activated off faulty data from a key airflow sensor, contributed to a broader chain of events that created more workload for the pilots in 737 MAX crashes.

The planemaker, which is targeting a 737 MAX return to service in the fourth quarter, has started showing pilots and regulators its proposed software update and training program at information sessions in Miami, London, Istanbul, Shanghai and Singapore scheduled to run through mid-October.