Ahead of the Act coming into force, Ministry of Housing & Urban Poverty Alleviation has formulated and circulated Model Real Estate Regulations for adoption by the Regulatory Authorities in the States/UTs. 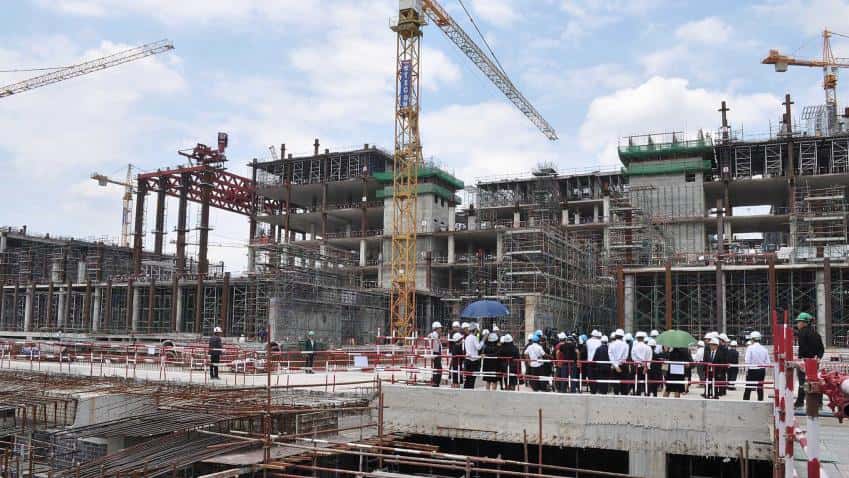 Three reasons why Indiabulls Real Estate jumped over 40% on Monday

The Real Estate (Regulation & Development) Act 2016 will finally become a reality from Monday, May 1, 2017 ending the nine year long wait for regulation of real estate sector. The real estate sector currently has over 76,000 companies across the country and will have to follow these rules.

With all the 92 Sections of the Act coming into effect from tomorrow, developers shall get all the ongoing projects that have not received Completion Certificate and the new projects registered with Regulatory Authorities within three months ie by July end. This enables the buyers to enforce their rights and seek redressal of grievances after such registration.

Minister of Housing & Urban Poverty Alleviation M Venkaiah Naidu in his tweets on the occasion said, “Real Estate Act coming into force after a nine year wait marks the beginning of a new era making buyer the King while developers benefit from the confidence of the King in the regulated environment. Prime Minister Shri Narendra Modi’s personal interest in the matter made the Act a reality now. The Act ushers in the much desired accountability, transparency and efficiency in the sector with the Act defining the rights and obligations of both the buyers and developers. This important legislation gained momentum under this Government and could see the light finally.”

Ahead of the Act coming into force, Ministry of Housing & Urban Poverty Alleviation has formulated and circulated Model Real Estate Regulations for adoption by the Regulatory Authorities in the States/UTs. Under these Regulations, developers are required to display sanctioned plans and layout plans of at least 3 feet x 2 feet size at all marketing offices, other offices where properties are sold, all branch offices and head office of the promoters in addition to the site of project.

Real Estate Regulatory Authorities may take decisions on all issues preferably through consensus failing which through voting with Chairman using Casting Vote in case of a tie. There shall be quorum for the meetings of the Regulatory Authorities and if a meeting is adjourned due to lack of such quorum, such meeting can take place without quorum.

Members of Regulatory Authorities shall declare interest if any in the matters coming up for discussion and shall not participate there in.

Some of the major provisions of the Act, besides mandatory registration of projects and Real Estate Agents include:

1.Depositing 70% of the funds collected from buyers in a separate bank account in case of new projects and 70% of unused funds in case of ongoing projects;

2. Projects with plot size of minimum 500 sq.mt or 8 apartments shall be registered with Regulatory Authorities;

3.Both developers and buyers to pay the same penal interest of SBI’s Marginal Cost of Lending Rate plus 2% in case of delays;

4.Liability of developers for structural defects for five years; and

5. Imprisonment of up to three years for developers and up to one year in case of agents and buyers for violation of orders of Appellate Tribunals and Regulatory Authorities.

Further to several rounds of consultations, the Ministry of HUPA has made several and substantial changes in the Real Estate Bill that was first introduced in the Rajya Sabha in 2013 to make the final Act more effective towards promotion of the sector.

Three reasons why Indiabulls Real Estate jumped over 40% on Monday