RBS is searching for a new chief executive after Ross McEwan resigned, signaling a fresh start as it heads for full private ownership after a state bailout. 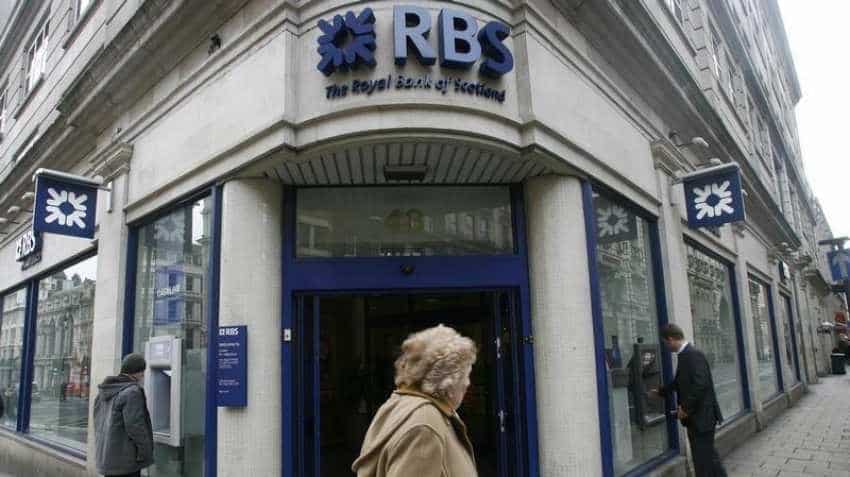 CEO Ross McEwan has a 12-month notice period and will remain in his position until a successor has been appointed. Photo: Reuters
Written By: Reuters
RELATED NEWS

Royal Bank of Scotland (RBS) is searching for a new chief executive after Ross McEwan resigned, signalling a fresh start as it heads for full private ownership after a state bailout. New Zealand-born McEwan, who has led RBS since October 2013, has a 12-month notice period and will remain in his position until a successor has been appointed and an orderly handover has taken place, the bank said on Thursday.

RBS chairman Howard Davies said the company had started a worldwide search for a successor, which would include both internal and external candidates. Davies played down speculation that Alison Rose, the chief executive of RBS`s commercial arm and who was recently also promoted to the role of deputy CEO of NatWest, was in pole position for the job, seen as one of the toughest in UK banking.

"There is no favourite, it`s an open process and we`ve only just begun," he told reporters on the sidelines of the bank`s annual meeting in Edinburgh, adding that headhunter Spencer Stewart had been appointed to assist the search.

McEwan told reporters that he felt it was the right time to leave after turning around the bank`s once-dire finances, resulting in two consecutive years of profit and the restoration of dividend payments a decade after the financial crisis.

McEwan remains undecided on his next move but has not ruled out taking another role in finance.

"We`ll keep our connections up here (in Britain). Our daughter and her husband and our grandson will be staying up here. Our other daughter will be heading back down.
"So to be honest we haven`t made any calls on what we`ll do next. I don’t think you can do that when you’re sitting in a job like this," he said.

McEwan said his "only regret" was falling short on targets to improve RBS`s customer service, with the bank languishing towards the bottom of customer satisfaction tables.
But the bank remains 62 percent owned by the UK government more than 10 years after its 45 billion pounds taxpayer rescue at the peak of the 2008 credit crunch and is still fighting to restore its public image after a series of crisis-era scandals.

Executives at the shareholder meeting faced fresh complaints over executive pay and alleged mistreatment of troubled borrowers by its controversial Global Restructuring Group.

Despite being among the lowest in Britain`s banking sector, salary and bonus payments earned by the 61-year old have attracted considerable scrutiny, particularly in the years before RBS returned to profit.

McEwan`s total remuneration was 3.58 million pounds in 2018, 97 times the pay of the bank`s median employee and 143 times its lowest paid staff.

Under his watch, the bank also shelled out $4.9 billion to settle its largest-ever regulatory penalty for misselling of high-risk mortgage backed securities between 2005 and 2008, when it was one of the world`s biggest banks by assets.

The shareholder meeting was also targeted by climate change activists carrying banners saying "Fossil Banks, No thanks" in an echo of the Extinction Rebellion protest which focused on the City of London earlier on Thursday.

If Rose, a 20-year veteran of the bank, should succeed McEwan, RBS would become the first British bank to have two women in its highest ranking roles at the same time.
There had been speculation about McEwan`s future since finance chief and fellow New Zealander Ewen Stevenson announced he was leaving last May.

Some analysts suggested the CEO`s departure might not be ideal timing for the bank, just months before Brexit and with dark clouds looming over the UK housing market.

"We are disappointed by this news. RBS`s key financial target is delivery of 12 percent-plus "all-in" return on tangible equity next year, that is by any stretch demanding," analysts at KBW said in a note.

"Ross was adamant that the target would be delivered. Without his drive, the question must be far more open."

McEwan received warm praise from his chairman Davies but not all investors were impressed by his legacy.

Retail investor George Fraser told Reuters his RBS shares were decimated by the financial crisis and he was indifferent to the CEO`s departure despite better results of late.

"If I`m playing with Andy Murray in doubles you`ll know he`s the one carrying me - but in a board you`re not always sure.