Raymond will soon launch a concierge tailoring services online where a tailor from the show will visit to take the measurements after which clothing can be ordered online. 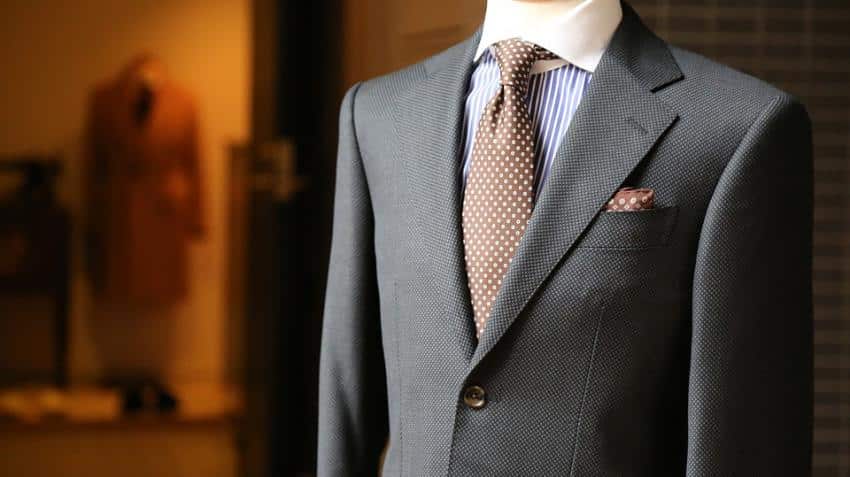 A suit being displayed at a tailor shop. Photo: Pixabay
Written By: Collin Furtado
RELATED NEWS

S P Apparels opens for IPO today, Is it a fair deal?

“We are also looking at online tailoring which is a new service that we are starting. We are going to soon be coming with online tailoring as a concierge service and it will be offered in specific cities. It will be offered as an initial plan and we will see where it goes. It is the service which the organisation is trying and after the initial alignment and refining of the model we will extend it to large number of places,” said Sudhanshu Pokhriyal, President – Suiting (Textile Business), Raymond Ltd.

The new service will be part of the 'Made to Measure' offering which was launched in 2010 through brick and mortar stores. While earlier people had to visit the shops for getting a suit tailored, through this initiative a tailor from the store would visit you to take your measurements and the clothing will accordingly be stitched.

The e-commerce venture of Raymond is currently earning over Rs 50 crore through sales.

“It is a concierge service as there are a lot of people that cannot travel, so you book an appointment and somebody comes and visits your house and takes your measurements and will stitch it. Once you got it then people can just order from online,” he explained

Pokhriyal further said, “We are not just the largest retail brand in the country but we are also the biggest tailors of the country. People don't equate us to being the biggest tailors of the country. If we ask people they are not stitching their clothes any more, they say they cannot find a tailor. If you can't find a tailor, go online and someone will visit your house and you don't have to do anything. That is the idea and we are working on it.”

Raymond had been planning to introduce the concierge tailoring services for some time now. CEO of Raymond Sanjay Behl had first spoke about this initiative in July 2014 while addressing analysts, according to a Hindu Businessline Report. However, it seemed that plans were put on hold and it now looks to launch these plans, although on a small scale at first.

Pokhriyal, however, did not divulge any details regarding the date of the launch or the specific cities they will be launching it in.

S P Apparels opens for IPO today, Is it a fair deal?