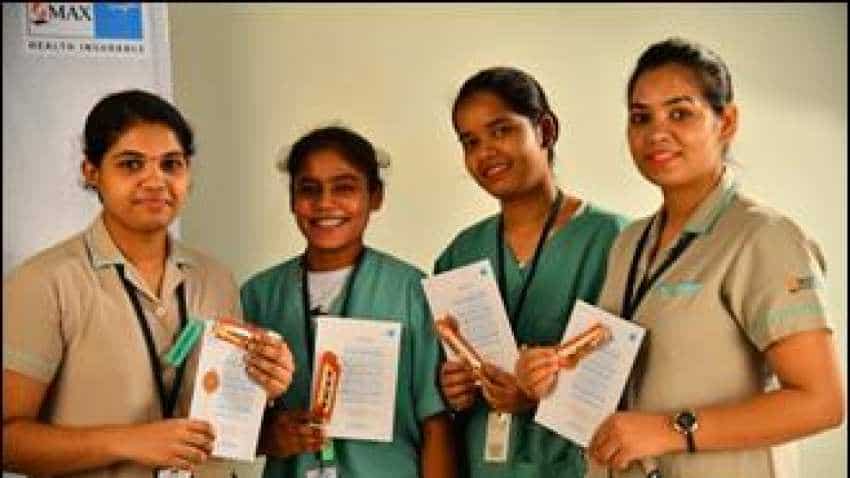 Bank of Baroda, Max Bupa to provide 1,12,000 meals to underprivileged across 100 cities

Max Bupa Health Insurance has launched a unique #SabKiSister campaign to celebrate Raksha Bandhan, the festival that marks the strong bond between brothers and sisters. Through this campaign, it aims to highlight the contribution of nurses, who selflessly look after their patients with care in their time of need. Max Bupa has released a digital film on the brands social media channels including YouTube, Facebook, Instagram, LinkedIn and Twitter to launch the campaign.

The video shows the protagonist, who is an old man, surrounded by a loving family going back to the hospital on Raksha Bandhan to thank a nurse who looked after him like his own sister during his hospitalization. The high on emotion film depicts the bond that patients and families often form with the nurses who look after them during the recovery process.

Many a times, the nurses do not receive the due recognition, and with this campaign, Max Bupa puts the spotlight on their role and contribution, which is much more than just being the caregivers to the patients. The unsung heroes of healthcare, fondly called as ‘sisters’, the nurses work relentlessly every-day to ensure appropriate delivery of treatment and care, and enable millions of patients to regain good health.

Speaking about the campaign, Anika Agarwal, Director & Head - Marketing, Digital and Direct Sales, Max Bupa Health Insurance said, “The #SabKiSister campaign recognizes the commitment of sisters in nursing the patients to good health, with selfless care, compassion and empathy. The sisters are the first point of contact for our customers and they truly reflect the purpose and promise for which the brand stands for."

"This Rakshabandhan, Max Bupa would like to extend our heartfelt gratitude towards all the sisters. Through the digital film we have tried to depict the true essence and contribution of the sisters towards the physical and emotional well-being of patients. We urge each of you to share this film, to spread the message and celebrate the extraordinary contribution of these sisters,” she added.

Speaking about the film, Bodh Deb, Vice President and Branch Head, Autumn Grey said, “The thought of #SabKiSister came from the insight that nurses are the unsung heroes of healthcare. Hence, we wanted to create a campaign celebrating the nurses and when we were thinking which the best moment for it was, we realized that Raksha Bandhan was around the corner and that was the day when people celebrate sisters. We wanted to celebrate the selfless caregivers who create bonds not of blood but of love.”

To bring this campaign to life, Max Bupa chose the medium of digital storytelling as it strikes a chord instantly with one and all, and connects each of us emotionally in this strong bond shared by brothers and sisters. Notably, the digital film has been released in Hindi, with subtitles in three languages, including English, Kannada and Tamil.

In addition to the digital film, Max Bupa is doing a special outreach programme for Nurses across key hospitals in India, wherein they will be presented with Rakhis and Thank You cards. These hospitals will also have ‘Thank You Walls’ on which patients and their families can acknowledge the enduring efforts of the sisters and express their gratitude. Further, the campaign is being promoted through digital and social platforms and influencers across the country, through a strong content push.

Bank of Baroda, Max Bupa to provide 1,12,000 meals to underprivileged across 100 cities