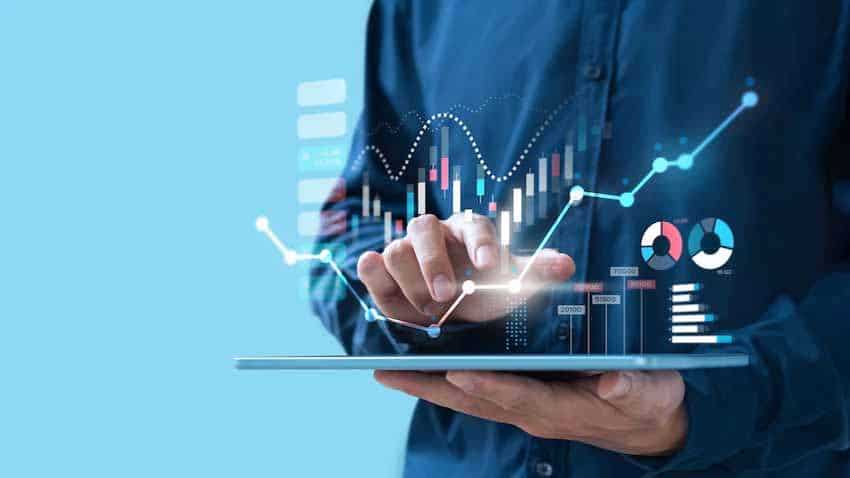 The company reported a net profit of Rs 86 crore in the October-December quarter of the last fiscal.

Revenue from operations rose to Rs 675 crore in the period under review against Rs 486 crore in the year-ago period, Sona BLW Precision Forgings said in a regulatory filing.

The company's board approved an interim dividend of Rs 1.28 per share for the financial year 2022-23, it added.

"We delivered our highest quarterly revenue, EBITDA and net profit in Q3 FY23. Our revenue grew 39 per cent year-on-year in the last quarter, driven by the scale-up of revenue from new programs," Sona BLW

Inter-modal logistics firm Gateway Distriparks Ltd (GDL) on Tuesday reported a 15 per cent growth in its profit after tax at Rs 55.3 crore in December quarter over the same period last year.

The company had recorded a PAT (profit after tax) of Rs 47.92 crore in the third quarter of FY22, GDL said in a statement.

The revenue during Q3FY23 stood almost flat at Rs 269.50 crore in comparison to Rs 267.35 crore clocked in the December quarter of the previous fiscal.

Besides, both rail and CFS (container freight station) businesses saw a dip in the volume with rail throughput declining 7.79 per cent at 78,617 TEUs (Twenty-foot Equivalent Unit) and CFS throughput falling 16 per cent at 89,820 TEUs in the third quarter of the current fiscal over Q3FY22, the company said.

The company said the PAT continues to show a healthy growth as it continues to reduce its debt but attributed the fall in the cargo volume to "global macroeconomic situation".

"Due to the global macroeconomic situation, there is a dip in throughput in Q3 particularly in the export direction. Further, track upgradation work was taking place in NCR throughout the month of December, leading to slower running of trains and reduced double stack and hub and spoke operations of the company," said Prem Kishan Gupta, Chairman and managing Director, Gateway Distriparks Ltd.

The revenues appear to be flat as last year due to Punjab Conware CFS numbers being included in Q3 FY22, he added

The company also completed its acquisition of Kashipur Infrastructure Freight Terminal (KIFTPL) on December 23 last year and has started regular train services between Kashipur and Mundra, Pipavav and Nhava Sheva.

Currently, KIFTPL was only earning the terminal income but from Q4 onwards Gateway Distriparks will earn the entire revenue for rail and terminal services, Gupta said.

The construction at the proposed inland container depot in Jaipur remains in progress and the terminal is expected to be operational in the third quarter of next fiscal, he said and added that the company is also actively looking to set up two more terminals by FY25.

PNB Housing Finance on Tuesday reported 43 per cent jump in net profit at Rs 269 crore driven by a massive growth in the core net interest income in December quarter even though loan growth was muted for the period.

The company's net interest income jumped 67 per cent to Rs 734 crore during the quarter, as it passed on the rising interest rates to its customers even though the mainstay retail loan book inched up only 6.6 per cent to Rs 53,123 crore.

Retail book constitutes as much as 92 per cent of this asset, the company said in a statement.

Impairment on financial instruments and write-offs rose to Rs 254.84 crore from Rs 129.48 crore.

Overall asset quality improved with gross bad loan ratio coming down to 4.87 per cent from 6.06 per cent and net NPA ratio remaining flat at 3.22 per cent.

Tata Coffee on Tuesday reported a 44.71 per cent decline in consolidated net profit during the December quarter at Rs 38.40 crore.

The consolidated net profit of Tata Coffee Ltd (TCL) stood at Rs 69.46 crore in the year-ago period, it said in a regulatory filing.

Consolidated total income for the quarter witnessed a 19.13 per cent growth during the October-December period at Rs 754.76 crore as compared to Rs 633.52 crore in the corresponding period previous year, driven by higher realisations in Eight O' Clock Coffee (EOC) and instant coffee businesses of the company.

The company, a subsidiary of Tata Consumer Products formerly known as Tata Global Beverages, stated that the improved price realisations driven by superior product mix in instant coffee business both in India and Vietnam has aided the company's quarter performance.

The operating performance of EOC business was impacted during the quarter under review by higher input and other costs, which are expected to ease over coming quarters, it said.

"The performance of our instant coffee business continues to be robust. Tata Coffee's Vietnam operations continue to be strong with a healthy order pipeline. There is, however, continuing inflationary pressure on costs and impact on instant coffee sales in some geographies.

"Our subsidiary, Eight O' Clock Coffee, has registered higher revenues though the profitability for the quarter has been impacted due to higher costs," TCL Managing Director Chacko P Thomas said.

Earlier today, auto major Maruti Suzuki India Limited and SBI Cards and Payment Services reported their Q3 results. Maruti Suzuki reported over two-fold jump in net profit to Rs 2,351.3 crore for the quarter ended December 2022 compared with the corresponding period a year ago, far exceeding analysts' estimates. The New Delhi-based auto manufacturer had reported a net profit of Rs 1,011.3 crore for the quarter ended December 2021. Revenue of the auto major expanded 24.9 per cent to Rs 29,044.3 crore, according to a regulatory filing.

Meanwhile, SBI Cards — which issues credit cards under brand SBI Card — on Tuesday reported a net profit of Rs 509 crore for the quarter ended December 2022, up 32 per cent compared with the corresponding period a year ago, missing analysts' estimates. The SBI Card stock continued to reel under pressure after the earnings announcement.

How Sona BLW Precision will benefit from the acquisition of Serbian firm NOVELIC: Analyst explains