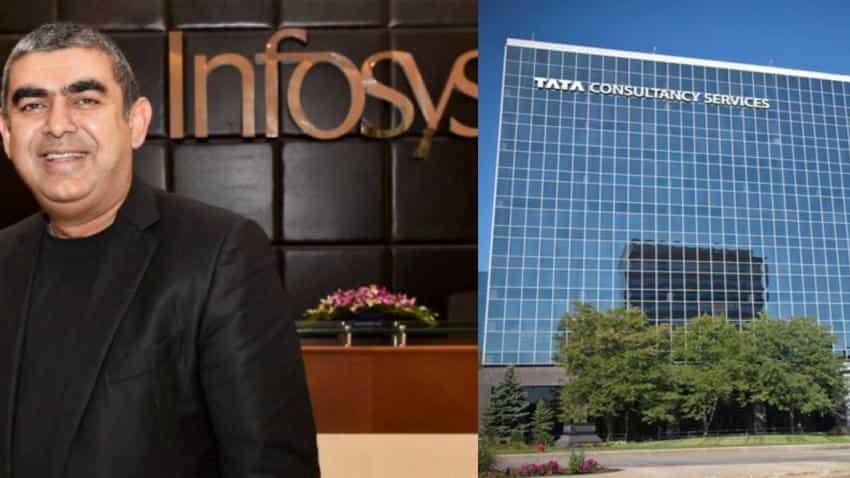 TCS will announce its second quarter ended September 30, 2016 results on Thursday October 13, 2016 while Infosys will do the same on Friday. Photo: PTI/ Official Website

Tata Consultancy Services (TCS) will announce its second quarter ended September 30, 2016 results on Thursday October 13, 2016 while Infosys will do the same on Friday.

Kawaljeet Saluja and Jaykumar Doshi analyst at Kotak Institutional Equities Research said on October 03, "During the Q2 result investors will focus on Infosys  demand environment across verticals, buffer built in revised guidance, if any, in view of likely incremental headwinds over the next two quarters.

Kotak duo further said," Pricing outlook and progress on automation and Infosys' positioning in the digital landscape, will be some of the factor what investors will be watching during the result."

For TCS, they said, "The investors focus will be on demand environment across verticals, 2H growth outlook and impact of in-sourcing to captives, if any, in key clients."

"Infosys will likely guide for margins at the lower-end of the band of 24-26% and TCS will guide for FY2017 EBIT margin below the 26-28% range," explained Kotak.