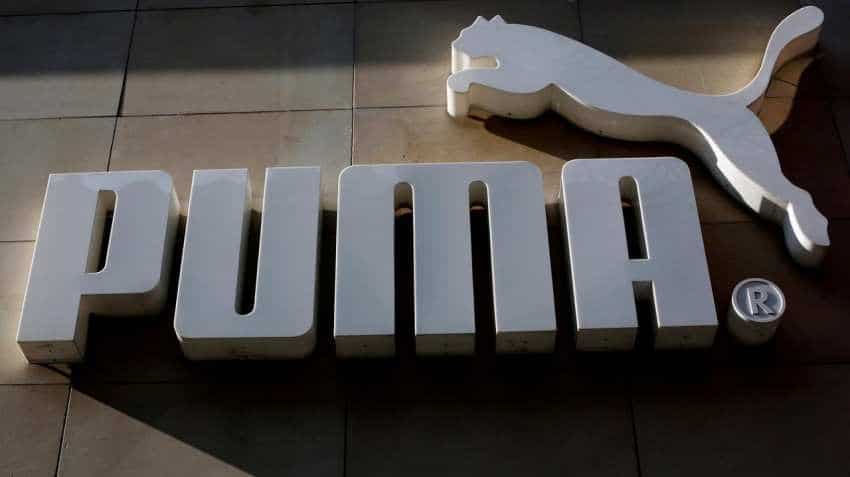 Puma on Monday claimed that it has become the top sportswear retailer in India, Photo: Reuters

German sportswear major Puma on Monday claimed that it has become the top sportswear retailer in India, surpassing rivals such as Nike, Adidas, Skechers and Reebok in terms of yearly sales.

Puma, the third-largest sportswear manufacturer in the world, has reported sales of Rs 1,157 crore for the 12-month period ending December 2018 against Rs 958 crore reported in the year ago period.

The company follows the January-December calendar year, while its Nike, Adidas, Skechers and Reebok go by the April-March financial year (FY) cycle.

"We are making strong progress in both sports performance and sport style categories," Puma India Managing Director Abhishek Ganguly was quoted as saying.

Interestingly, India is the only country where Puma`s sales have crossed the sales of other sportswear giants such as Adidas and Nike.

Over the past few years, India has rapidly caught up with the wider global fitness trends. From 2015 to 2016, the Indian sportswear market grew 22 per cent, outpacing the segment`s global increase of 7 per cent, according to Euromonitor International. By 2020, it is expected to grow an additional 12 per cent CAGR (compound annual growth rate) with sales expected to reach $8 billion.

The bitter rivalry between Puma and Adidas goes beyond mere corporate competition. It was in fact a sibling fallout that created two of the world`s biggest sportswear brands.

In the 1920s, German brothers Adolf and Rudolf Dassler launched a shoe company together. Their business picked up after Dassler shoes were used by medal-winning Olympians through out the 1930s.

But along with sales, tension also spiked between the Dassler brothers, which reached a boiling point during World War II. While it was not clear what exactly caused the rift, it was said to be a result of miscommunication.

The brothers eventually split in 1947 with Rudolf forming a new firm that he called Ruda - from Rudolf Dassler - later rebranded Puma, while Adolf, who preferred to be called Adi, named his business Adidas.

They are burning Nike shoes in China; Adidas, other brands also face backlash