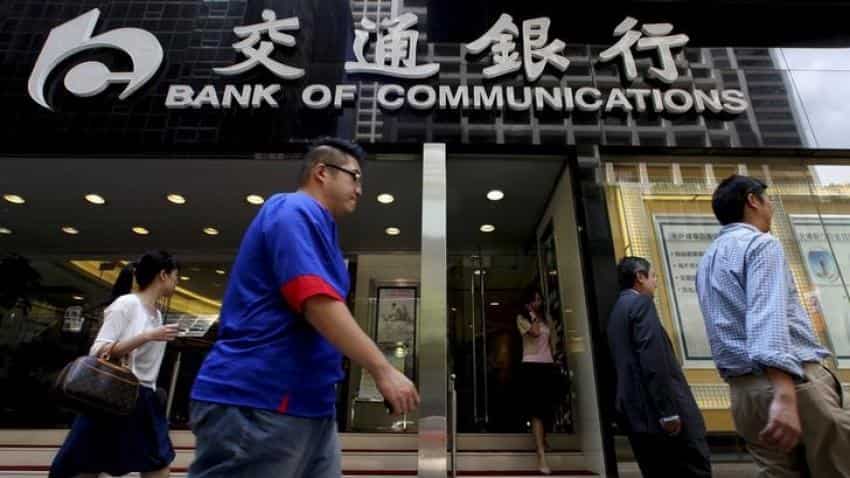 People walk past the Bank of Communications at its central branch in the financial district of Hong Kong. Image Source: Reuters
Written By: Reuters
RELATED NEWS

China`s central bank cut benchmark interest rates six times in 2014-15 in a bid to revive a slowing economy, but that dragged down margins - a key gauge of profitability for lenders.

Analysts see this trend extending into 2017, adding to the challenges in a sector already grappling with a pile-up in bad debts to the highest level in a decade.

The pressure on assets will be strong this year and there will be a rise in sour debts, c, president of BoCom, China`s fifth-largest listed commercial bank by assets, said at an earnings briefing in Hong Kong.

At AgBank, growth was supported by a 10% rise in net fee and commission income to 90.9 billion yuan, and a 15% drop in its tax expenses.

Both BoCom and AgBank, China`s No 3 listed commercial bank by assets, saw a small reprieve in non-performing loan (NPL) growth last year, highlighting their efforts to clean up bad debt from their balance sheets.

"Asset quality is still the biggest problem for management. We couldn`t possibly place it as the second more serious concern," said Peng.

Loan growth at both banks was driven in part by mortgage loans, despite Beijing`s continued clampdown on an overheated property market.